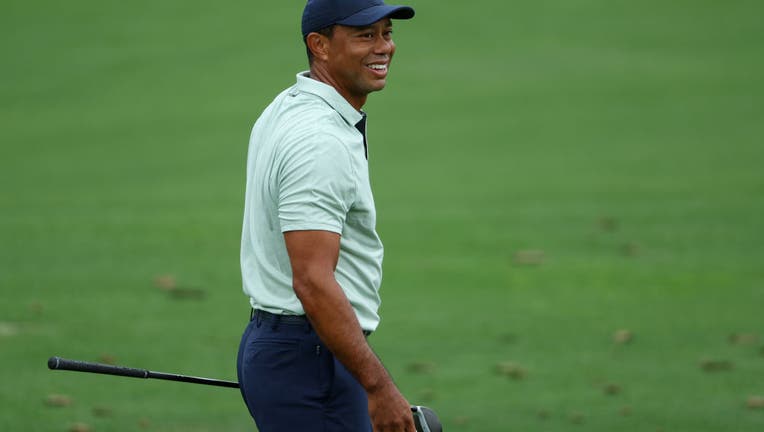 AUGUSTA, GEORGIA - APRIL 05: Tiger Woods of the United States warms up on the range during a practice round prior to the Masters at Augusta National Golf Club on April 05, 2022 in Augusta, Georgia. (Photo by Andrew Redington/Getty Images)

AUGUSTA, Ga. - Tiger Woods told reporters at Augusta National on Tuesday he plans to play in The Masters. Groups will tee off for the first round in fewer than two days.

Woods spent time in the Augusta National practice area on Tuesday morning before making the announcement.

Woods hasn’t played a competitive round in 17 months — the 2020 Masters in November. He's been recovering from a car crash that once looked as though it might end his career. And still to be determined is whether he plays this one.

Woods previously said it would be a "game-time" decision whether his right leg and ankle can hold up over 18 holes at Augusta National.

The Masters returns to Augusta National

Thousands have descended on Augusta National for the return of The Masters. Justin Felder caught up with some patrons who say they are so excited for this year.

"There’s always buzz around this place," Billy Horschel said. "But there’s just another level of buzz to see him and see him play. I’ve thought about it in the past, and I may be on the first tee watching him tee off if my tee works out and everything, just because it’s a special moment." 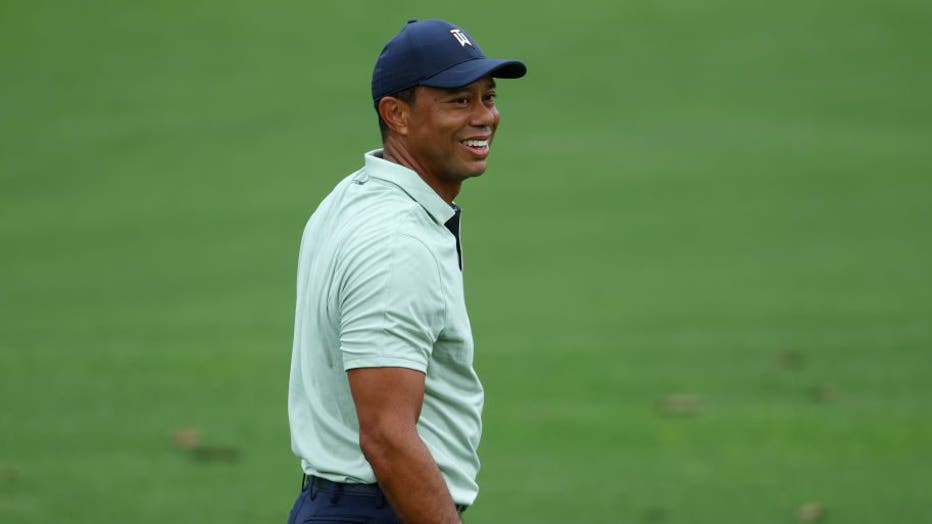 AUGUSTA, GEORGIA - APRIL 05: Tiger Woods of the United States warms up on the range during a practice round prior to the Masters at Augusta National Golf Club on April 05, 2022 in Augusta, Georgia. (Photo by Andrew Redington/Getty Images)

Non-Tiger storylines at The Masters

It’s not as though this Masters was devoid of drama.

Rory McIlroy gets another crack at the career Grand Slam. He spent Monday in an Irish fourball alongside Shane Lowry, Padraig Harrington and Seamus Power. They have eight majors among them; Power is making his Masters debut.

Bryson DeChambeau is back, even though he says his doctors don’t recommend it.

DeChambeau said he first hurt his left hip two years ago while speed training — swinging as fast as his body allowed — and slipping on concrete.

Then, he didn’t work on finger strength, and that led to a popping sound in his wrist before his TV match against Brooks Koepka in Las Vegas last November. That led to a hairline fracture of his hamate bone in his left hand. And then he slipped on marble while playing table tennis is Saudi Arabia in early February, went horizontal and landed on his hand and his hip.

He declared himself 80%, though he liked the way he felt coming into the Masters. DeChambeau hasn’t make a 36-hole cut since The Northern Trust in late August — then again, he has played only eight times since then, six of those tournaments without a cut.

"The past few weeks have been very, very difficult on me, not playing well and not hitting it anywhere near where I know I should be hitting it," he said. "Yelling ‘Fore!’ off the tee every time is just not fun. It’s very difficult on your mental psyche as well."

Playing the Masters was a "huge risk" a few weeks ago and a decision he said his doctors did not recommend. He was day to day until he felt comfortable giving it a go.

"Different situation than Tiger, obviously, but it was definitely a day-by-day process of figuring out if I could do this," he said.

So much goes back to Woods, who had broken bones in his right leg and ankle from the car crash outside Los Angeles in February 2021 that left him immobilized for three months and not swinging a club until last November.

Brooks Koepka knows a thing or two about playing with injury, even if not as many were people were paying attention.

Koepka had surgery on his right knee three weeks before the Masters last year and still was determined to play. It was so bad he couldn’t crouch to read putts. Koepka is finally back at full strength, though he still hasn’t won since the Phoenix Open more than a year ago.

He is more concerned with his own game that what Woods has going on, though Koepka can appreciate the walk Woods is facing better than most players.

"Look, I’m happy he’s becoming healthier and able to play golf," Koepka said. "We need him, the game needs him, everybody needs him, the fans need him, all that stuff. But at the end of the day everybody is just out here competing. I’m worried about myself and I’m sure everybody else is worried about themselves."

Koepka said he required cortisone shots just to play. Throw in the hours to prepare before the round and to recover after the round, and that has led to some long days.

"I understand what he’s up against. It’ll be difficult. But if anybody can do it, it’s him," Koepka said. "I don’t know everything he’s going through. His was a lot worse than mine, so I’m not trying to compare it. I just know it’s difficult walking this place when you don’t have the same body parts you’re used to."