A third suspect has been arrested in connection with the deadly shooting of an off-duty Monterey Park police officer.

LOS ANGELES - A third suspect has been arrested in connection with the fatal shooting of a Monterey Park police officer.

26-year-old Gardiel Solorio was shot and killed August 8 during an attempted robbery outside an LA Fitness gym in Downey.

Just a few days after his death, the Los Angeles County DA's office announced two arrests were made. On Friday, officials announced a third person was also arrested. 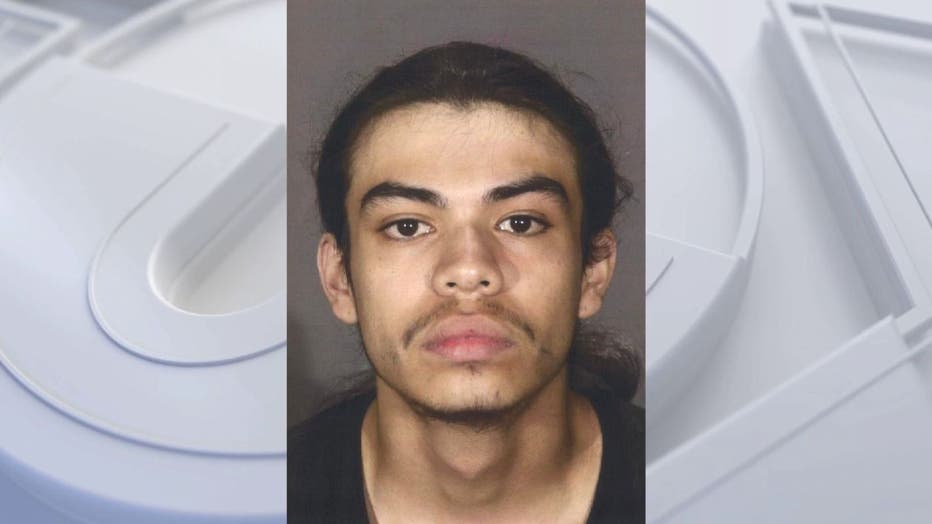 Gerardo Magallanes, 18, was arrested Thursday evening and booked for murder. He was booked into the Los Angeles County jail with bail set at $2 million. His role in the attempted robbery and shooting is not known.

Solorio was shot multiple times while sitting in his car outside the gym in a busy shopping center located in the 12000 block of Lakewood Boulevard around 3:45 pm.

Officials said the suspect, Carlos Delcid, 20, approached Solorio as he was sitting inside his car and tried to rob him. Security footage shows Solorio's car backing up and slamming into a parked van as he tried to get away. That's when Delcid allegedly shot Solorio five times at close range, authorities said.

A 20-year-old man accused of gunning down an off-duty Monterey Park police officer during what the district attorney called a botched robbery attempt in Downey made an initial court appearance Thursday and was ordered to remain jailed without bail pending a September arraignment.

Solorio was found unresponsive in his car by authorities, and was pronounced dead at the scene, according to Downey police.

Delcid faces charges of murder, attempted robbery, and being a felon in possession of a firearm. The murder charge includes a special-circumstance allegation of murder during a robbery, and District Attorney George Gascón said Delcid is facing a possible sentence of life in prison without the possibility of parole.

The 17-year-old is also facing charges.

We are learning more about the off-duty Monterey Park police officer officer killed in broad daylight in Downey.

At this time authorities do not believe Solorio was targeted because he is a police officer; he was off-duty at the time of the shooting.

His family has started a GoFundMe to help pay for funeral expenses.