Proposition 22 is actually a battle that started when Assembly Bill 5 which was signed into law last year.

LOS ANGELES - You’ve seen the TV ads for and against Proposition 22, but how much do you know about it?

Proposition 22 is actually a battle that started when Assembly Bill 5 - AKA AB5 - was signed into law last year.

AB5 is the legislation that classified gig workers such as drivers for Lyft and Uber as company employees rather than independent contractors. This also includes delivery drivers.

Prop 22 changes that... letting gig workers be independent contractors again. And, that’s where there is a bone of contention between the two sides who both say they’re all for jobs.

David Cruz is with The League of United Latin American Citizens (LULAC). They favor Prop 22 because of that and the independence he says drivers want.

“I think that YES on 22 is going to permit more people to continue working with new and improved benefits that AB5 does not deliver and I just don’t want to see them go away. The reality today is that people want flexibility in their work schedules. I want it. They want it. So, YES on 22 is going to ensure that’s’ going become a state standard with app-based drivers," Cruz said.

Rey Fuentes is with the non-profit Partnership for Working Families. He’s on the NO ON PROP22 side. He says, “It really comes down to the substance of the initiative. There’s a reason that five of the richest corporations in the world are spending $181 million to convince California voters that somehow this ballot proposition will benefit them." 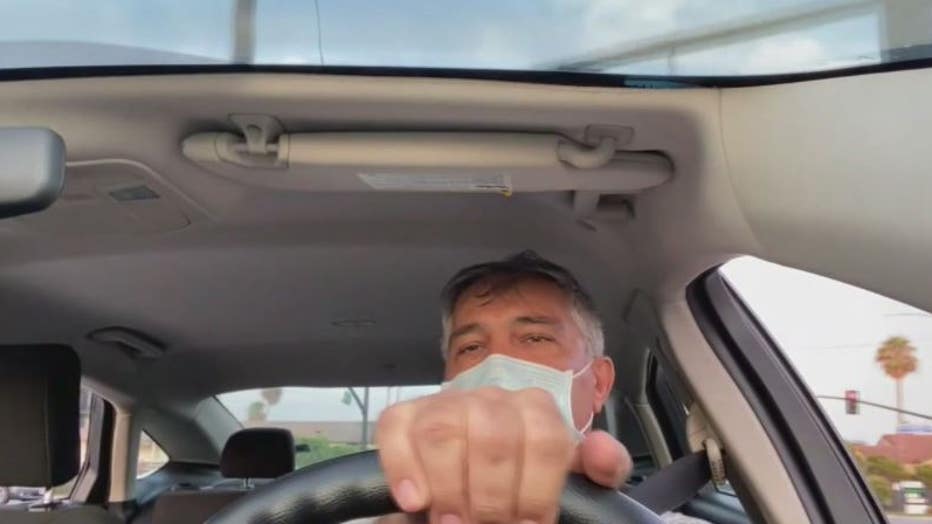 The two sides disagree on the benefits gig workers would get or not get under the proposition.

“When you look into fine text it’s offering no actually minimum wage for workers no guaranteed minimum wage… no access to paid leave…no access to unemployment insurance… workers comp... no overtime or not a single day of paid sick leave when we’re facing a raging global pandemic," says Fuentes.

Cruz says they don’t worry about the minimum wage because they want to make sure there is no cap on their maximum wage.

You can find more information in your California Voter Guide.