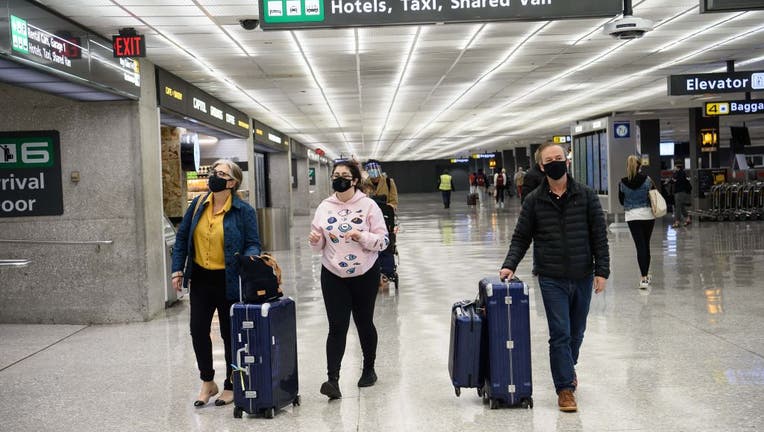 In Pennsylvania, if you’re having friends over to socialize, you’re supposed to wear a mask — and so are your friends. That’s the rule, but Barb Chestnut has no intention of following it.

As governors and mayors grapple with an out-of-control pandemic, they are ratcheting up mask mandates and imposing restrictions on small indoor gatherings, which have been blamed for accelerating the spread of the coronavirus. But while such measures carry the weight of law, they are, in practical terms, unenforceable, and officials are banking on voluntary compliance instead.

Good luck with that.

While many are undoubtedly heeding public health advice — downsizing Thanksgiving plans, avoiding get-togethers, wearing masks when they’re around people who don't live with them — it's inevitable that a segment of the population will blow off new state and local restrictions and socialize anyway. Experts say that could put greater stress on overburdened hospitals and lead to an even bigger spike in sickness and death over the holidays.

“When this started in early March, we weren’t staring at Thanksgiving and Christmas, and we didn’t have the disease reservoir that we have. And that, to me, is the biggest concern in the next few weeks,” said Dr. David Rubin, the director of PolicyLab at Children’s Hospital of Philadelphia. He called the risk of a Thanksgiving spike “extremely high.”

“I think you’re seeing a lot of resistance here," Rubin said. "I can’t speculate on what people are going to do, but I can say that to the degree that there isn’t a collective buy-in here, it sort of blunts the impact of the measures themselves.”

The nation is averaging 172,000 new virus cases per day, nearly doubling since the end of October, according to Johns Hopkins University. Hospitalizations, deaths and the testing positivity rate are also up sharply as the nation approaches Thanksgiving.

In response, elected officials are imposing restrictions that, with some exceptions, fall short of the broad-based stay-at-home orders and business shutdowns seen in the spring.

Utah and Vermont have banned all social gatherings. So have local governments in Philadelphia and Dane County, Wisconsin. In Kentucky, no more than eight people from two households are permitted to get together; in Oregon, the gathering limit is six. California has imposed an overnight curfew. More states are requiring masks, including those with GOP governors who have long resisted them. The nation’s top health officials are pleading with Americans to avoid Thanksgiving travel.

There’s some evidence the holiday will be quieter.

Tamika Hickson, who co-owns a party rental business in Philadelphia, said Thanksgiving was a bust even before her city moved to prohibit indoor gatherings of any size.

"Nobody’s calling," Hickson said. "A lot of people lost a lot of loved ones, so they’re not playing with this. And I don’t blame them.”

AAA projects Thanksgiving travel will fall by at least 10%, which would be the steepest one-year plunge since the Great Recession in 2008. But that still means tens of millions of people on the road. On social media, people defiantly talk about their Thanksgiving plans, arguing that nothing will stop them from seeing friends and family.

More than 1 million people thronged U.S. airports on Sunday, according to the Transportation Security Administration — the highest number since the beginning of the pandemic.

Dr. Debra Bogen, the health director for Allegheny County, Pennsylvania, which includes Pittsburgh, said that too many have been ignoring public health guidance and that the result has been unchecked spread of the virus.

“For the past few weeks, I’ve asked people to follow the rules, curtail gatherings and parties, stay home except for essentials, and wear masks. I’m done asking,” Bogen said at a news conference, her frustration palpable. She announced a stay-at-home advisory that she said would turn into an order if people didn’t comply.

Some people are underestimating the risk to themselves and their friends and families, said Baruch Fischhoff, a Carnegie Mellon University psychologist who has written about COVID-19 risk analysis and communications. Others doubt what health officials are telling them about the virus. And still others are simply irresponsible.

Fischhoff said the lack of a cohesive national pandemic strategy; patchwork and seemingly arbitrary restrictions at the state and local level; and ineffective, politicized and contradictory public health messaging have sown confusion and mistrust.

“It has been a colossal, tragic failure of leadership from the very beginning that we didn’t find the common ground in which we were working to protect the weakest among us. And once you’ve lost that coordination, you’re scrambling to get it back and that’s the tragic mess that we’re in now,” he said.

In York County, Pennsylvania, 51-year-old retail worker Kori Jess tested positive for the virus last week. Long a mask skeptic, her personal experience with COVID-19 has changed her opinion — to a point. She said it’s appropriate to wear a mask when circumstances warrant, but she still doesn’t like the idea of government mandating them.

“I’m so torn,” Jess said. “I like that people are fighting for their freedoms, but I understand why people are wearing masks.”

Evidence shows masks may help avoid severe illness, even if you get COVID-19

Researchers and scientists are now learning that not only does wearing a mask reduce viral transmission, but it may also help you avoid major illness, even if you end up contracting the novel coronavirus.

In upstate New York, some sheriffs say they have no intention of enforcing Democratic Gov. Andrew Cuomo’s recent mandate barring private gatherings of more than 10 people.

“There is no need to hide cars and sneak around during your attempt to gather with family. We are not going to exhaust our limited resources obtaining search warrants and counting the turkey eaters in your house,” Madison County Sheriff Todd Hood said in a Facebook post. He encouraged people in the largely rural area to use common sense to keep themselves safe.

Kim Collins is among those planning a slimmed-down Thanksgiving. In a typical year, Collins would have as many as 20 people at her home in South Orange, New Jersey. This year, her extended family is staying put. “My husband’s having a hard time with the fact that his mom, who’s on her own, won’t be here,” she said.

But Collins wasn’t optimistic that others would be so careful. She said plenty of people are going through “mental gymnastics” to justify their holiday get-togethers. “I think that a lot of people aren’t great at the honor system,” she said. ___ 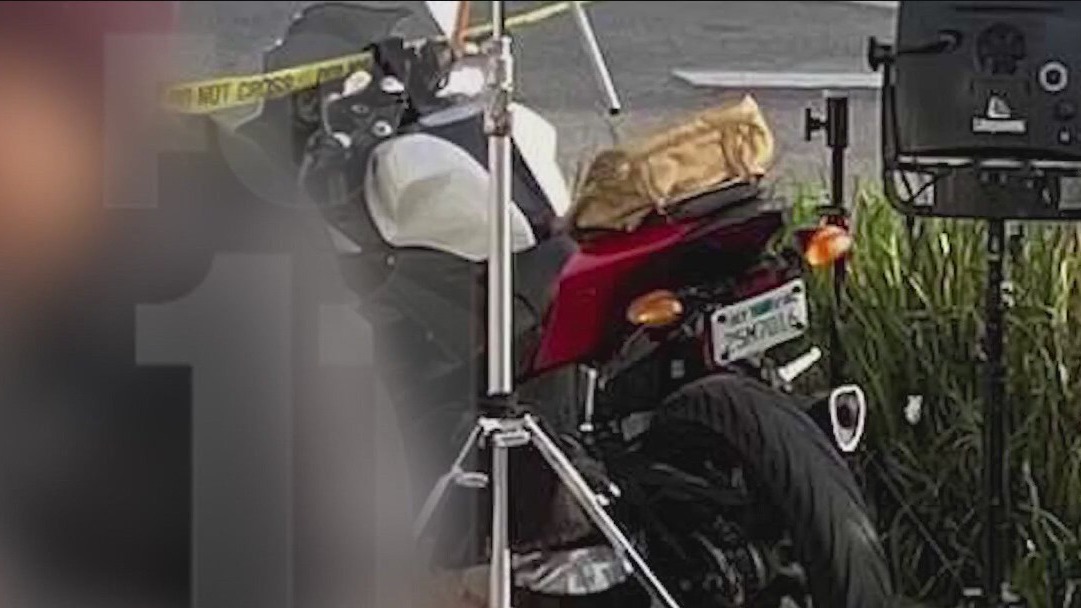 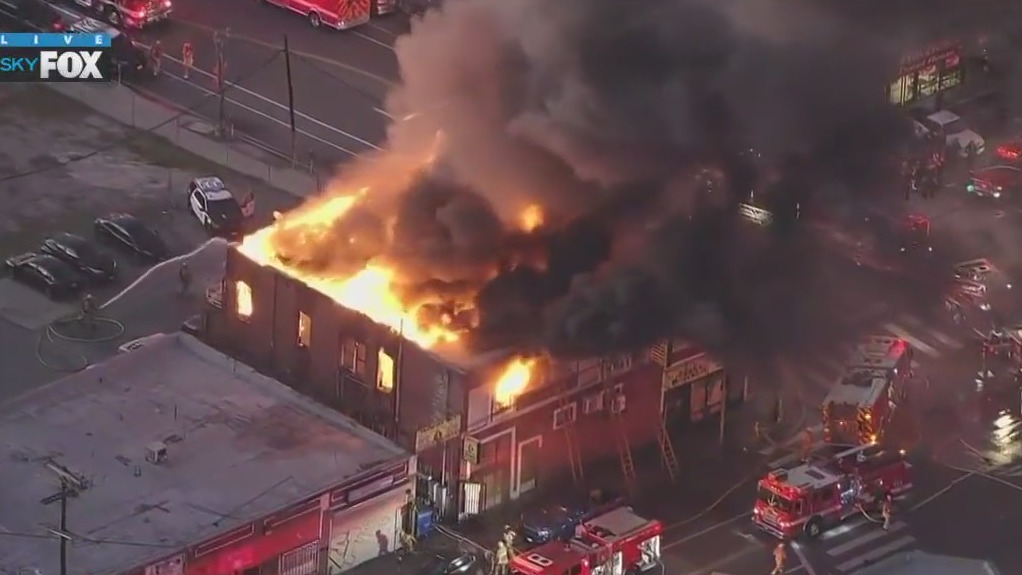