How car recalls get reported

Tesla issued a recall for 48,184 Model 3 cars due to a problem with the speedometer's display while in "Track Mode."

The company will perform an over-the-air software update to fix the issue free-of-charge.

Track Mode is "designed to modify the stability control, traction control, regenerative braking, and cooling systems to increase performance and handling while driving on closed circuit courses," according to Tesla.

A firmware update released last year unintentionally made the speedometer drop while in Track Mode, which means a driver "may not know how fast the vehicle is traveling without the mph or km/h unit display, increasing the risk of a crash," according to the National Highway Traffic Safety Administration.

RELATED: Ford recalling Explorer models that can roll away while in park

Tesla recalled more than half a million vehicles earlier this year to turn off a "Boombox" feature, which allows drivers to play sounds outside their vehicles but runs astray of federally mandated rules that say electric vehicles must emit a warning noise at low speeds. 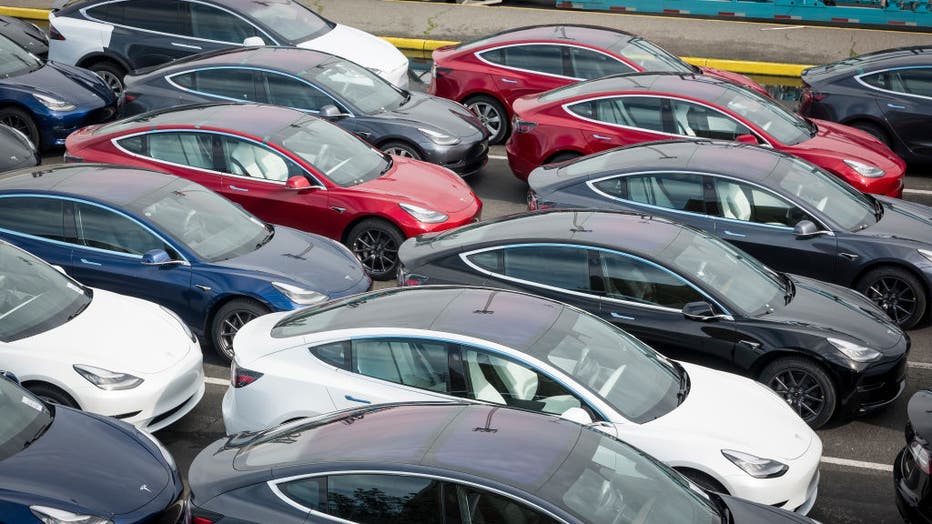 FILE IMAGE - Tesla Inc. vehicles sit in a parking lot before being shipped from the Port of San Francisco in San Francisco, California, on Feb. 7, 2019. Photographer: David Paul Morris/Bloomberg via Getty Images

Tesla CEO Elon Musk took a jab at the NHTSA after the boombox recall, saying that the "fun police made us do it."