PHILADELPHIA - A Roman Catholic High School student decided he wouldn't be waiting for Christmas to get into the giving spirit this year.

Angel Otero, 16, is warming hearts with his recent acts of kindness.

It all started when Angel won a high ticket item in a raffle – a brand new PlayStation 5. 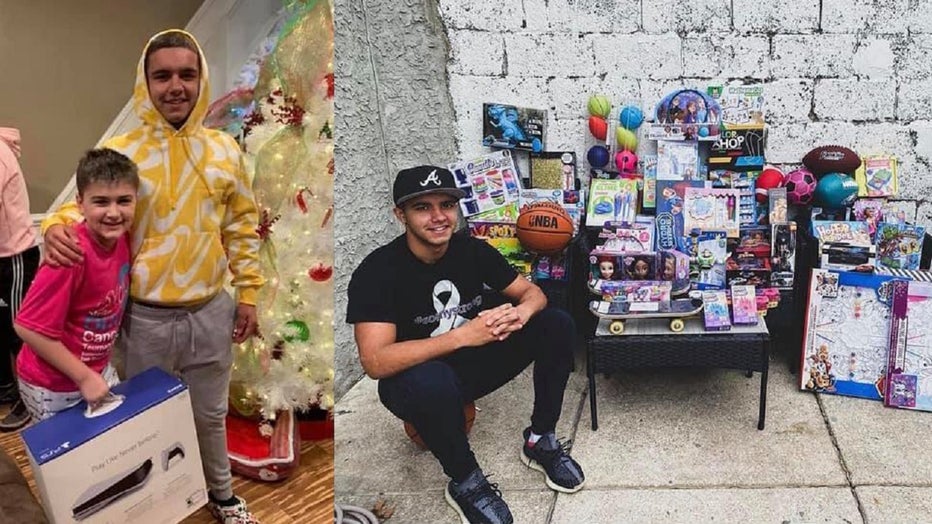 Angel Otero turned a raffle prize into a smile on a neighbor's face and gifts for other children in need. (Roman Catholic High School Facebook)

Instead of keeping it for himself, he decided to give it to his neighbor, who school officials say has been battling cancer and recently broke his leg.

"Sonny had the biggest smile on his face. It was just meant to go to him instead of me,” Angel told FOX 29.

The school says the neighbor's family insisted Angel take some cash in exchange for the PlayStation.

Angel "reluctantly" accepted the cash and used it to spread joy to as many others as he could.

He took the money and headed to the store, where he bought as many gifts as he could to give to other children in need.

Roman Catholic High School shared Angel's story on their Facebook page along with photos of him with his neighbor and some of the gifts he was able to buy.

"To see my son smile which we haven't seen in a while since everything he's been through for the last year it really warmed our hearts," Sonny's mom said.