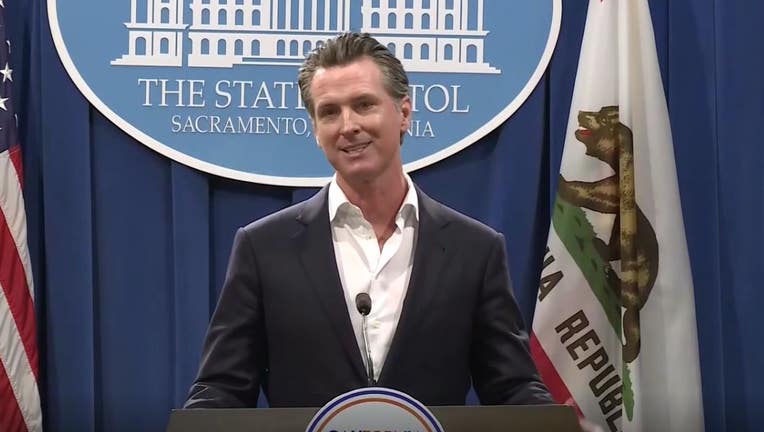 LOS ANGELES - Less than a week after suing Gov. Gavin Newsom over his allocation of $75 million in coronavirus-related aid to undocumented immigrants ineligible for unemployment insurance two taxpayers filed court papers on Monday in Los Angeles seeking a temporary restraining order against the plan.

RELATED: Newsom announces some California businesses may reopen as early as Friday

They are ultimately asking for a judge to determine after a non-jury trial that the payments are an illegal expenditure of taxpayer money. They also want a permanent injunction issued preventing taxpayer money from being made available to "unlawfully present aliens."

The plaintiffs also name as a defendant Kim Johnson, director of the state Department of Social Services, who is tasked with overseeing and administering the expenditure.

Crest, Myers and Judicial Watch say a temporary restraining order is needed in the interim, and a hearing is scheduled Tuesday. They note that when the $4.8 million in administrative costs for the program are added, the total cost is nearly $80 million.

"Defendants intend to spend within days $79.8 million of taxpayers'funds on illegal activity," according to the plaintiffs' court papers."Without a restraining order, those funds will be spent and there is no way of recovering them after they are distributed."

The plaintiffs say they will suffer "substantial, irreparable injury" if a restraining order is not granted.   A representative for Newsom's office did not immediately reply to a request for comment on the TRO request.

According to the plaintiffs, Newsom's plan, announced April 15, would provide about 150,000 undocumented immigrants with a one-time cash payment of $500 with a cap of $1,000 per household.

The recipients would receive payments beginning this month and 40,000of the 150,000 targeted people live in Los Angeles County, according to the plaintiffs. Myers and Crest maintain the state Legislature has not enacted"any law which affirmatively provides that unlawfully present aliens are eligible for those public benefits."

Two weeks ago, another group, the Center for American Liberty, filed an emergency petition with the state Supreme Court asking for a stay on Newsom's action.

The named plaintiffs in that action -- Whittier City Councilwoman Jessica Martinez and Ricardo Benitez, an immigrant from ElSalvador who is now a U.S. citizen -- are candidates for Assembly seats in the San Gabriel and San Fernando valleys, respectively.