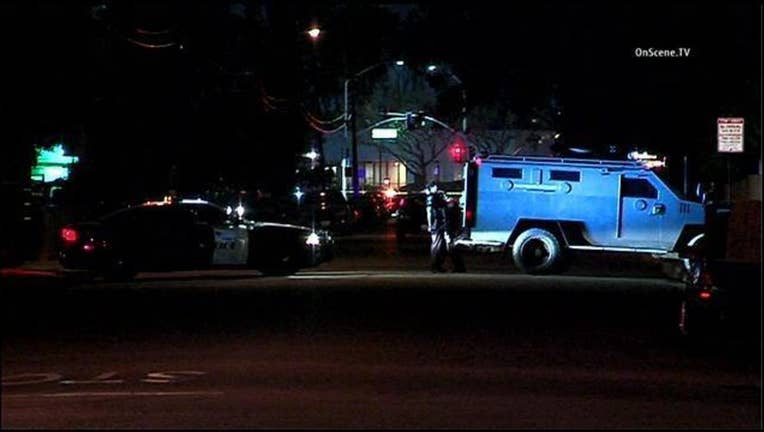 The body of the 37-year-old man was found in the 3000 block of Cosbey Street about 8:20 p.m. Monday, said Lt. Dave Coleman of the sheriff's Homicide Bureau.

The victim's family lives in a home on Cosbey, he said. But investigators developed information that people connected with the shooting lived in a nearby house in the 13200 block of Earl Avenue.

Investigators obtained a warrant to search the home and, because a gun had been used in the homicide, the SWAT team was called to surround the property, Coleman said. After several hours, investigators were able to execute their warrant.

"They detained several individuals," he said.

The investigation was continuing.