LOS ANGELES - Shocking video captures a dad being attacked and robbed by a group of suspects in front of his family in downtown Los Angeles.

According to the Los Angeles Police Department, a couple was shopping in downtown Los Angeles with their 2-year-old son when a gray Chrysler 300 approached them a little after 3 p.m. on Thursday.

As the Chrysler stopped near West 7th Street and South Hill Street, two suspects got out of the car and pointed handguns at the family. The suspects began robbing them and at one point, the dad was pistol-whipped on the head and shot in the arm.

The woman and the couple's 2-year-old son ran to safety and were not hurt, LAPD said.

The suspects got back inside the Chrysler and drove off from the scene.

The man suffered injuries to his arm and head after the armed robbery, LAPD said.

LAPD gave the following descriptions for the four suspects wanted in connection to Thursday's armed robbery: 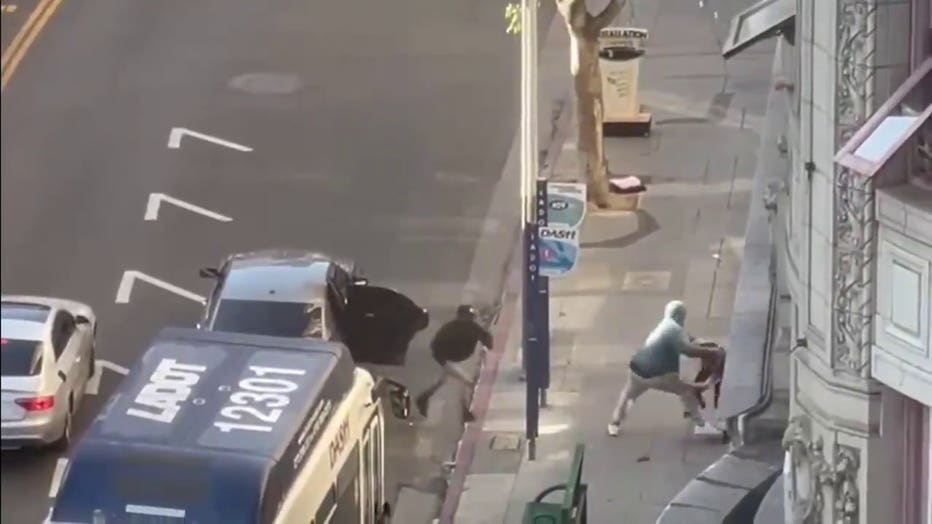 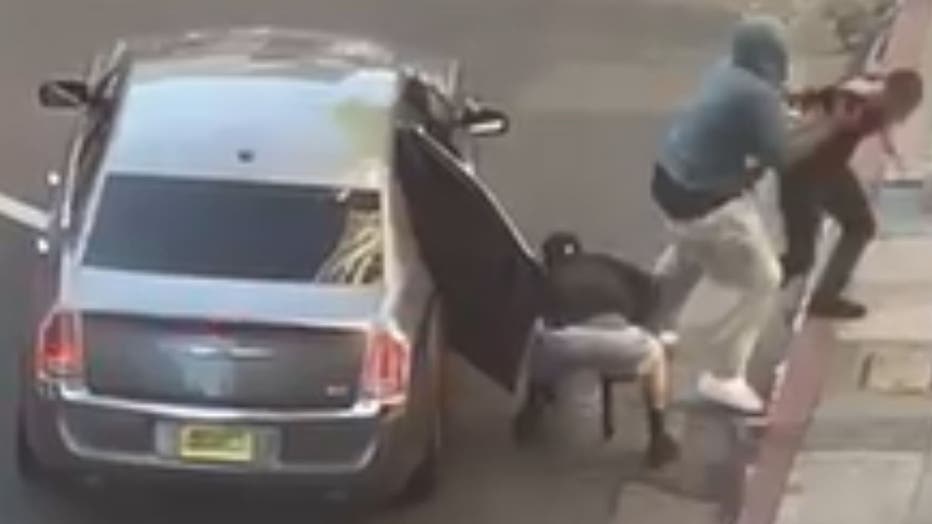 Anyone with information on the violent incident or the suspects is asked to call 213-996-1875.