A standoff is underway after a suspected DUI driver led CHP and LASD on a chase across the city of Industry.

LOS ANGELES COUNTY, Calif. - A suspected DUI driver is in custody after leading CHP and deputies on a pursuit across the city of Industry late Friday night.

The Los Angeles County Sheriff's Department was initially chasing the suspect who is suspected of driving under the influence and traveling recklessly. The pursuit was eventually handed off to CHP. 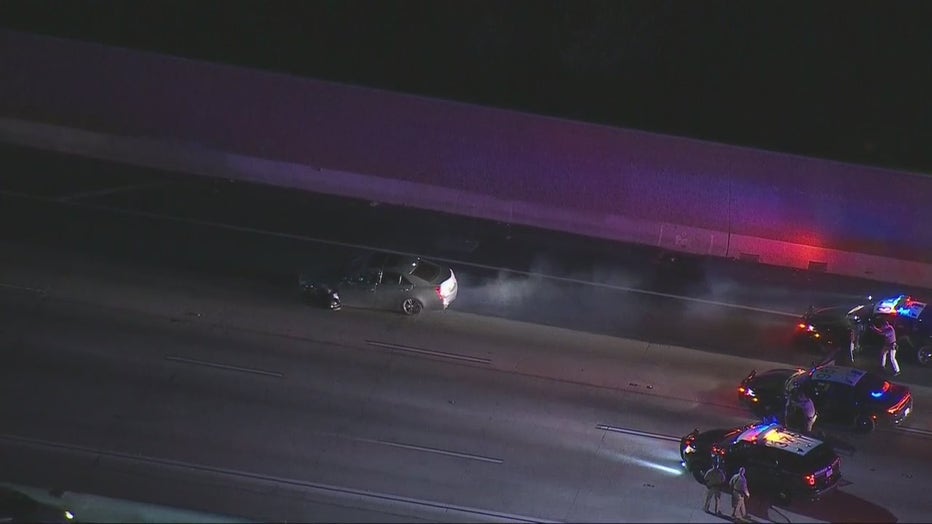 The suspect vehicle broke down while traveleing on the 405 Freeway and the driver eventually pulled over. After a brief standoff, the suspect was placed in custody.