A chase ended in Van Nuys area but not before the suspect grazed through multiple parked cars and nearly hurt a state trooper.

VAN NUYS, Calif. - A pursuit suspect was arrested on Wednesday after a chase ended in Van Nuys, where the female suspect nearly struck an officer.

The pursuit started at about 5:15 p.m. on the northbound Golden State (5)Freeway, near the Santa Ana (101) Freeway in Boyle Heights, according to Officier Patrick Kimball of the California Highway Patrol. 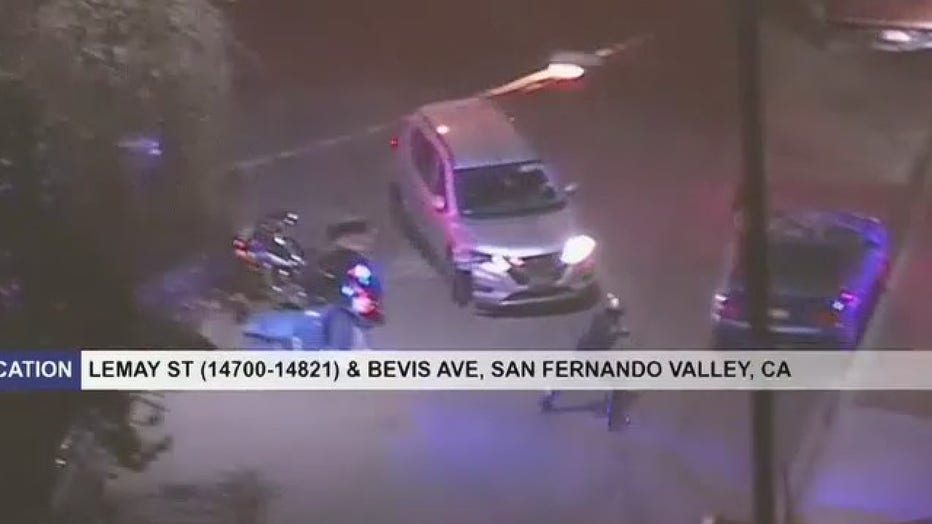 CHP units attempted to pull over the gray Nissan SUV because it had a blown tire and was driving on its rim, Kimball said.

The vehicle fled, struck several vehicles and drove on the right shoulder of the freeway before getting off in the area of Victory Boulevard, according to Kimball.

The chase ended shortly before 5:30 p.m. near Lemay Street and Bevis Avenue in Van Nuys, where the suspect drove to the end of Lemay Street, became stuck at a cul-de-sac then turned around and drove back toward Bevis, nearly hitting an officer.

The suspect abandoned the vehicle and ran away, but was taken into custody moments later.