Detectives located and arrested 24-year-old Marquis Ford on Thursday for his alleged involvement in the Nov. 23 shooting death of Jose Ruiz Gutierrez in Hollywood.

LOS ANGELES - A suspect wanted for murder and a series of follow-home robberies has been arrested, LAPD announced Saturday.

Detectives located and arrested 24-year-old Marquis Ford on Thursday for his alleged involvement in the Nov. 23 shooting death of Jose Ruiz Gutierrez in Hollywood.

Gutierrez was killed outside of the Bossa Nova restaurant on Sunset Blvd.

According to detectives with the Los Angeles Police Department, Gutierrez and his girlfriend stopped for food at the restaurant. While she returned to her car several armed men assaulted her during a robbery attempt. Gutierrez tried to help and intervene but was shot dead by one of the men. The suspects then fled the area.

In December of 2021, police arrested the four men involved in the murder; however, Ford was still outstanding. 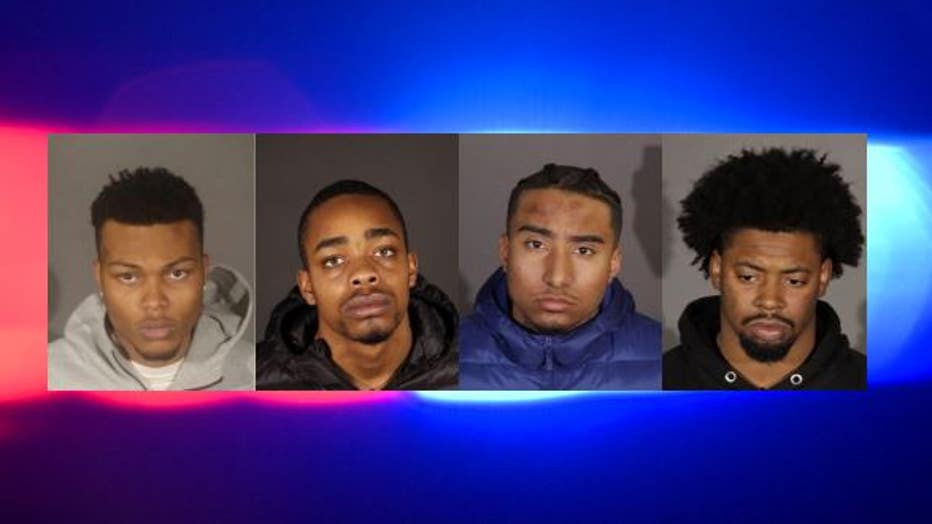 According to police, the five men were involved in a series of follow-home robberies that occurred in Los Angeles, Beverly Hills, Glendale and Fontana.

Sanders, Castilllo and Singleton have all been charged with murder, robbery and attempted robbery. Saulsberry is charged with robbery.

Ford was booked on suspicion of murder and is being held on $2 million bail.