The LAPD is warning residents to be extra mindful and on guard after a recent spike of robberies across Los Angeles. 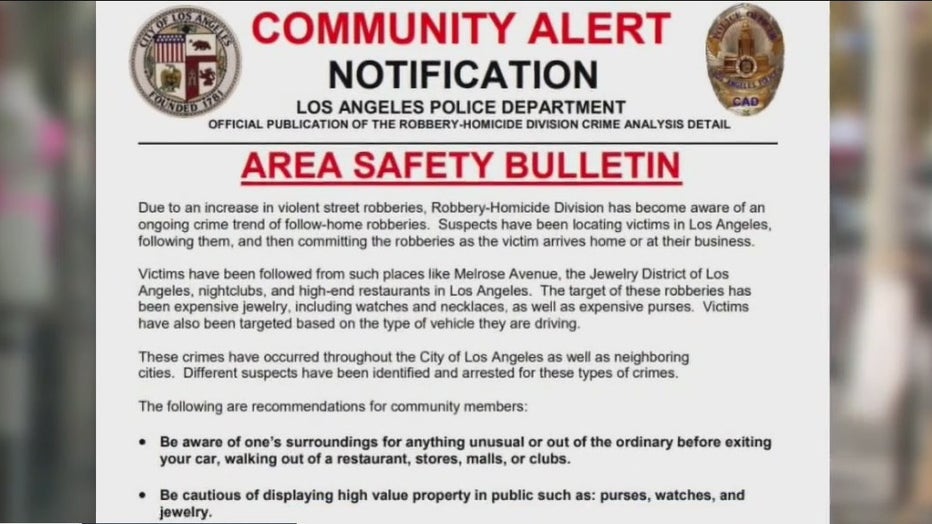 Suspects have been locating victims before following them and committing the robberies as the victim arrives home or at their business, according to a safety bulletin released by the department’s Robbery-Homicide Division.

Authorities say victims have been followed from places such as the Jewelry District of Los Angeles, nightclubs and high-end restaurants, and along Melrose Avenue.

Violent crime is up across the nation and the Melrose area is outpacing other parts of the city.

In September, numbers from the LAPD showed in the last year, the Wilshire and nearby Hollywood divisions have seen a nearly 75% jump in robberies with guns.

The target of these robberies has been expensive jewelry, including watches and necklaces, as well as expensive purses. Victims have also been targeted based on the type of vehicle they are driving.

These crimes have occurred throughout the City of Los Angeles as well as neighboring cities.

The following are recommendations for community members: