Suspect in custody after dangerous pursuit through SoCal

LOS ANGELES - A man is in custody after he led officers on a dangerous pursuit through several counties in Southern California on Saturday afternoon.

California Highway Patrol officers were in pursuit of a  a white van that represented "some sort of hazard" and was "speeding," CHP Officer Peter Nicholson said.

The chase began in Oceanside and headed north on the 5 Freeway.

The van passed through the downtown LA area at about 3:30 p.m. and arrived in the Cahuenga Pass between Hollywood and the San Fernando Valley shortly after.

The driver then continued on the northbound 101 Freeway and transitioned to the 170 Freeway.

The pursuit ended when a California Highway Patrol car used a pit maneuver to stop the van they were chasing. 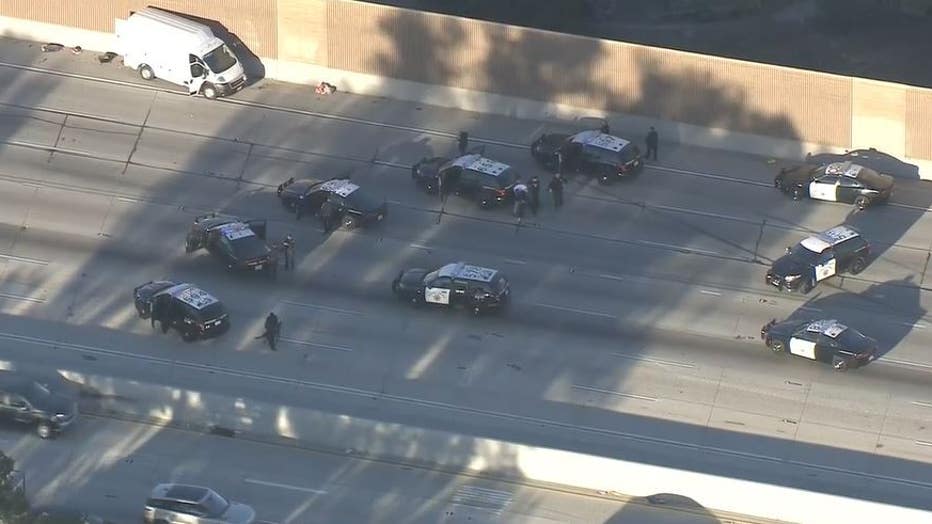 The pursuit came to an end on the northbound Golden
State 5 Freeway in Pacoima, north of Van Nuys Boulevard.

The driver is now in custody, authorities said.