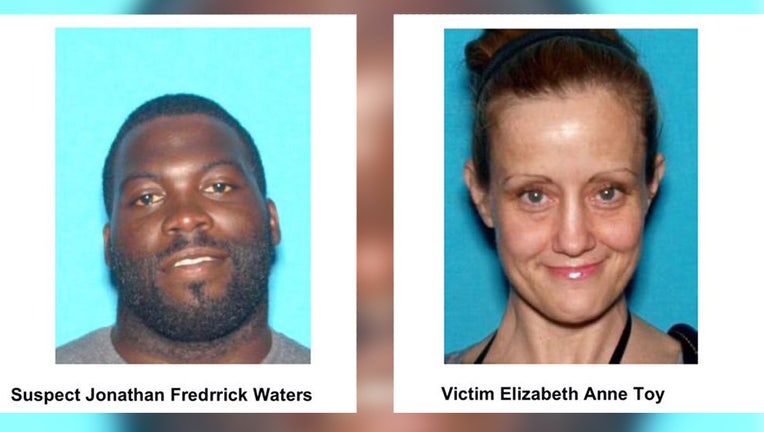 LOS ANGELES - Police have identified a suspect in the murder of 43-year-old Elizabeth Anne Toy that occurred in the City of Inglewood in March 2016.

Jonathan Fredrrick Waters, 34, who is currently in a California state prison on unrelated robbery and burglary convictions, has been charged with her murder, police said Tuesday.

Police did not release additional details on this investigation.