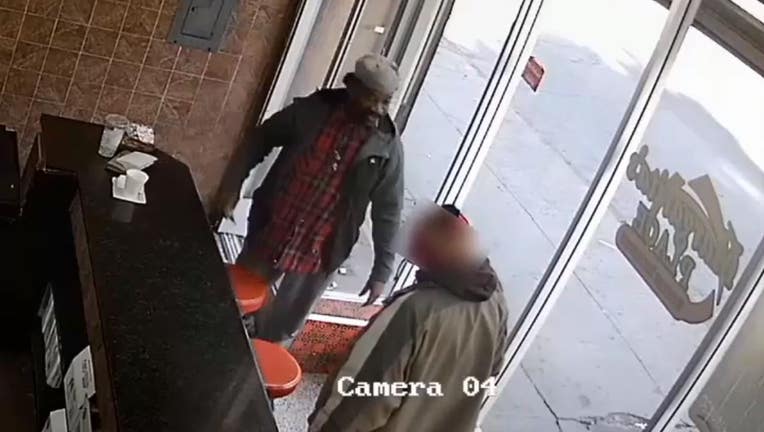 LOS ANGELES - A homeless man suspected of killing a fellow diner at a downtown Los Angeles Mexican restaurant on New Year's Day has been  arrested.

A civilian called police around 4 p.m. Friday after learning about the crime to report seeing the suspect inside the downtown Central Library, located at 630 W. Fifth St. 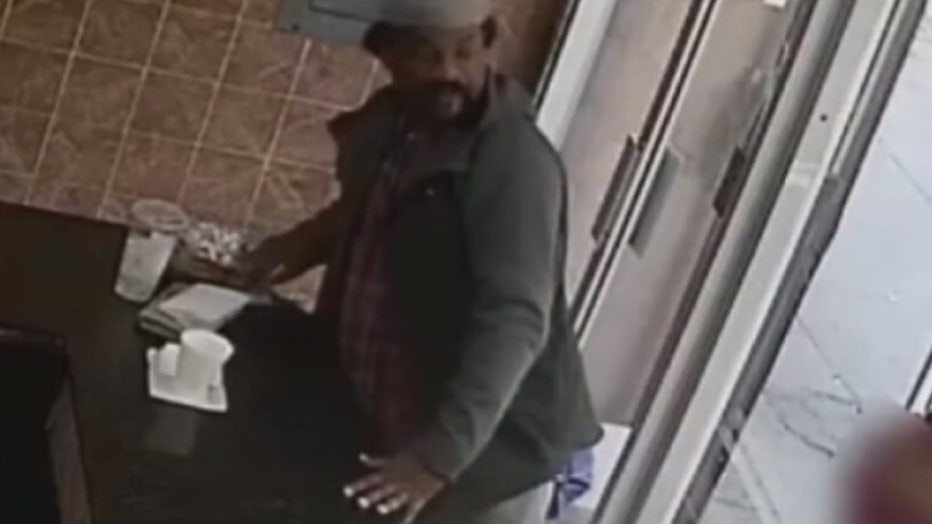 Officers quickly responded and took the suspect, identified as Devan Lampkin, 49, into custody without incident, according to the Los Angeles Police Department.

Lampkin was wanted for the stabbing death of Homer Garcia, 56, after the two got into an argument inside Margarita's Place, located at 103 E. Seventh Street, around 8:30 a.m. Wednesday, police said.

Surveillance video from inside the restaurant released by police showed the attack, then Lampkin calmly picked up his belongings from the counter and walked away. Lampkin is being held on $2 million bail, police said.

The case will be presented to the Los Angeles County District Attorney's Office next week.