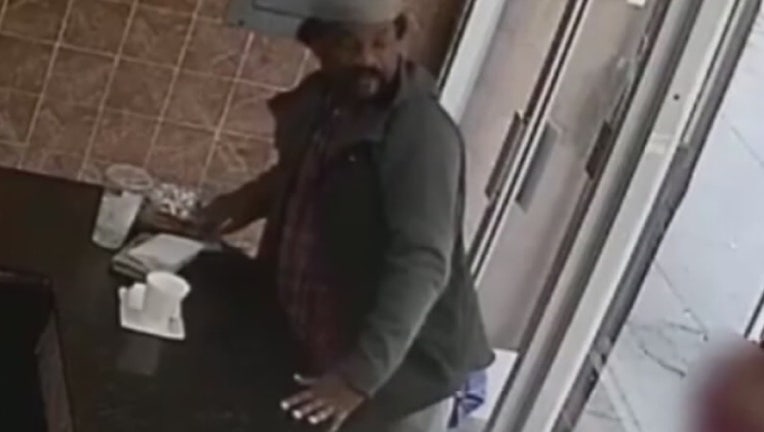 LOS ANGELES - The Los Angeles Police Department sought the public's help in finding the killer who stabbed a man to death while dining at a Mexican restaurant in downtown Los Angeles in front of stunned patrons and employees in broad daylight.

Police sought the public's help locating the suspect in a deadly stabbing at a Mexican restaurant in downtown Los Angeles that occurred in broad daylight.

The deadly stabbing happened at Margarita's Place, an eatery located near the intersection of Seventh and Main streets at 8:35 a.m. on New Year's Day.

The LAPD has released surveillance video of a homeless man stabbing a patron to death on New Year's Day at a Downtown LA restaurant. Detectives hope that video will help catch the suspect.

The two men, who authorities believe did not know each other, were eating at the counter when an argument erupted between them, police said. One man used a knife he apparently carried with him to stab the victim and then fled on foot. The victim was taken to a hospital where he later died. 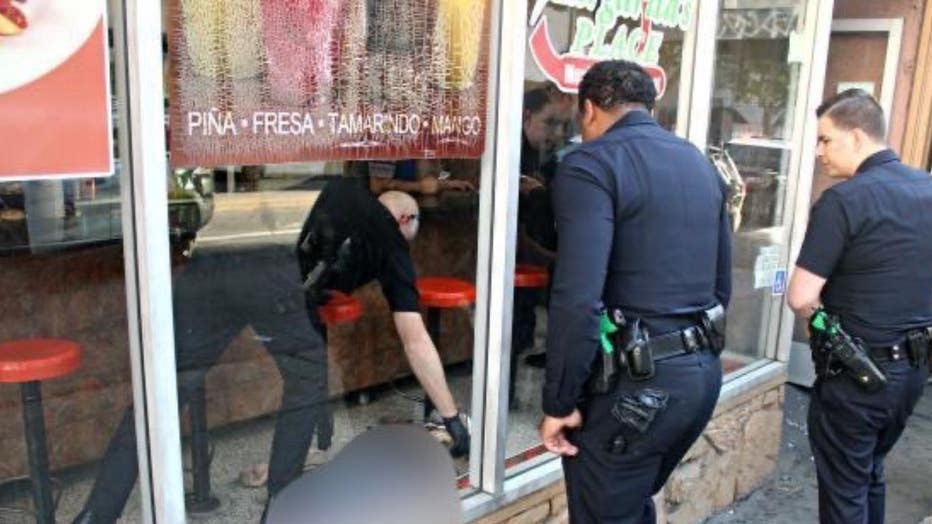 Patrons and restaurant employees who witnessed the attack were horrified.

Surveillance footage from a nearby business captured the possible suspect walking away a short time after the stabbing.

LAPD released the footage in hopes someone will be able to identify him.

Restaurant employees say they recognized the suspect as a transient and a regular customer who is from the area.

Investigators are also reviewing surveillance video taken inside the restaurant at the time of the stabbing.

FOX 11’s Bill Melugin and CNS contributed to this report.