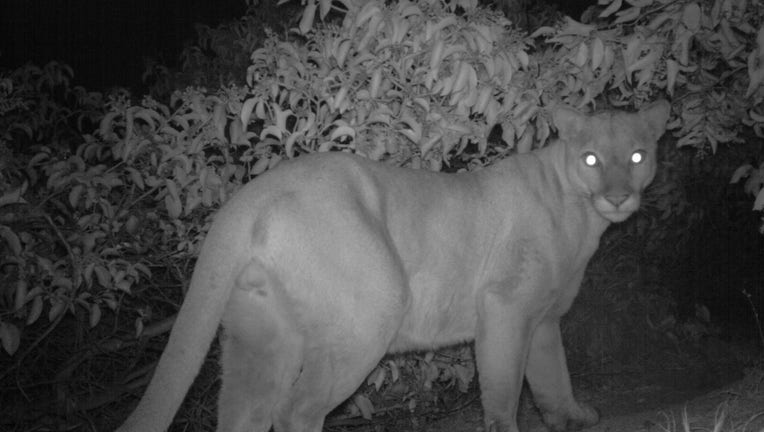 LOS ANGELES (FOX 11) - Mountain lion P-61 made history by becoming the first GPS-collared mountain lion to successfully cross the 405 freeway. But sadly, a few months later on September 7th, P-61 attempted to cross the freeway again and was struck and killed.

Park officials say the videos show P-61 being chased or followed by another mountain lion.

The four videos captured the mountain lion’s interactions from 3:09 a.m. to 3:36 a.m. Around 4 a.m., P-61 was struck on the 10-lane freeway. Biologists say he managed to run across at least five lanes of traffic, but was fatally hit on the southbound lanes.

“There’s no bad guy in this scenario. This is what male mountain lions instinctively do and it did not end up in P-61’s favor,” said Jeff Sikich, a biologist with Santa Monica Mountains National Recreation Area. 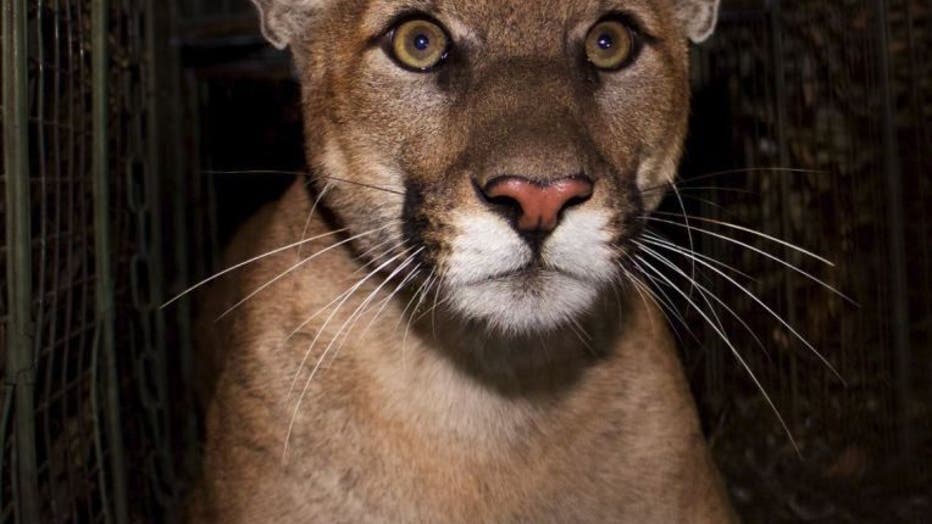 “The difference is that this is real life mountain lion behavior playing out in an urban and fragmented landscape that is complicated by busy roads and development.”

The lion who apparently chased P-61 was not collared. Sikich says an untagged male mountain lion has been caught on cameras between the 405 and 101 Freeways.

Park officials say during the course of their 17-year study P-61 is the 19th mountain lion to die in a road related incident, and the 8th collared animal.

The surveillance videos can be viewed here.