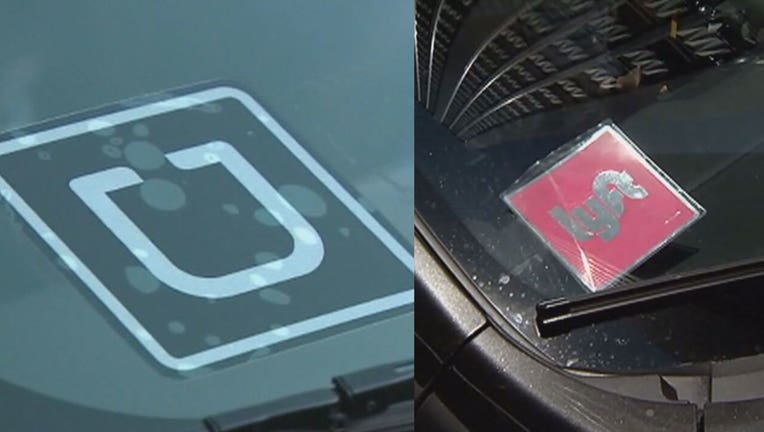 LOS ANGELES - California's attorney general and local officials -- including the Los Angeles City Attorney's Office -- announced Wednesday they will seek a preliminary injunction to require Uber and Lyft to immediately stop classifying their drivers as independent contractors, as part of an ongoing battle over worker protections.

The state and the city attorney's offices of Los Angeles, San Diego and San Francisco sued the companies earlier this year to compel them to classify their drivers as employees under AB 5, which would ensure they receive labor protections like minimum wage, overtime, sick leave, disability insurance and unemployment insurance.

"It's time for Uber and Lyft to own up to their responsibilities and the people who make them successful: their workers," said Attorney GeneralXavier Becerra. "Misclassifying your workers as `consultants' or `independent contractors' simply means you want your workers or taxpayers to foot the bill for obligations you have as an employer -- whether it's paying a legal wage overtime, providing sick leave, or providing unemployment insurance.

That's not the way to do business in California."   Becerra said the injunction was being sought to make sure Uber and left "play by the rules."

In its response to the injunction announcement, Uber alleged "the vast majority of drivers want to work independently" and said the state was preventing its residents from securing work at a time of massive unemployment.

"When over 3 million Californians are without a job, our elected leaders should be focused on creating work, not trying to shut down an entire industry," Uber's statement reads.

Lyft's statement says the company believes "the courts should let the voters decide. Trying to force drivers to give up their independence 100 days before the election threatens to put a million more people out of work at the worst possible time."

The companies have funded a campaign for a ballot measure this November that would counter AB 5 and the state's efforts to compel the companies through the courts.

Supporters say the initiative, the Protect App-Based Drivers &Services Act, would ensure protections for drivers, such as guarantees that they receive at least 120% of the minimum wage, accident and liability insurance, discrimination and sexual harassment protections, and health care contributions.

"It is baffling that anyone would seek to end this critical work, threatening 900,000 jobs, especially now," said the campaign's spokeswoman, Stacey Wells.

"Most drivers do so part-time -- 80% drive fewer than 20 hours a week and most drive less than 10. Drivers by a 4:1 margin want to remain independent," she said.

"They're overwhelmingly doing this to supplement income around other jobs and life responsibilities and wouldn't be able to work as employees. We need to protect the ability of app-based drivers to choose independent work, while also providing new benefits and protections for drivers and consumers."