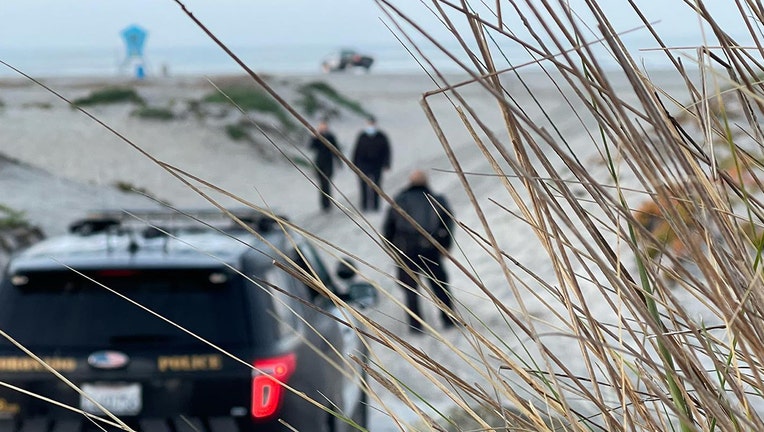 CORONADO, Calif. - A Southern California man was arrested Wednesday night after authorities said he tried to bury his wife alive at the beach in Coronado.

Police received a 911 call shortly before 9 p.m. from a woman reporting that her husband just tried to kill her on the beach. Officers responded to the 900 block of Ocean Blvd. and found the badly injured woman on the sidewalk.

Authorities said that the couple came to the beach earlier on Wednesday and, at some point, got into an argument. That's when police said the suspect began attacking his wife.

"He attempted to throw her in the ocean, then burying her in a hole in the sand," Coronado police said.

The woman was able to escape and ran towards Ocean Blvd. where she was found on the sidewalk by a passerby. Paramedics arrived and transported her to a trauma center in San Diego for treatment. Her current condition is unknown.

Her husband was located a short time later hiding in the backyard of a home on Alameda Blvd., police said.