LOS ANGELES - Some of the Black parents in South Los Angeles are outraged after the UTLA President said earlier this week that white, wealthy parents are behind much of the pressure to reopen schools in LA.

Some of the parents that FOX 11 spoke with explained that UTLA doesn't speak for them and now, they plan to hold a rally this weekend to call for their kids to return to in-person schooling.

"No one can speak for us better than us," said Renee Bailey, a South LA mom.

Bailey wants both of her kids back to the classrooms at LAUSD schools. She has a 5-year-old and a 14-year-old son with an intellectual disability. 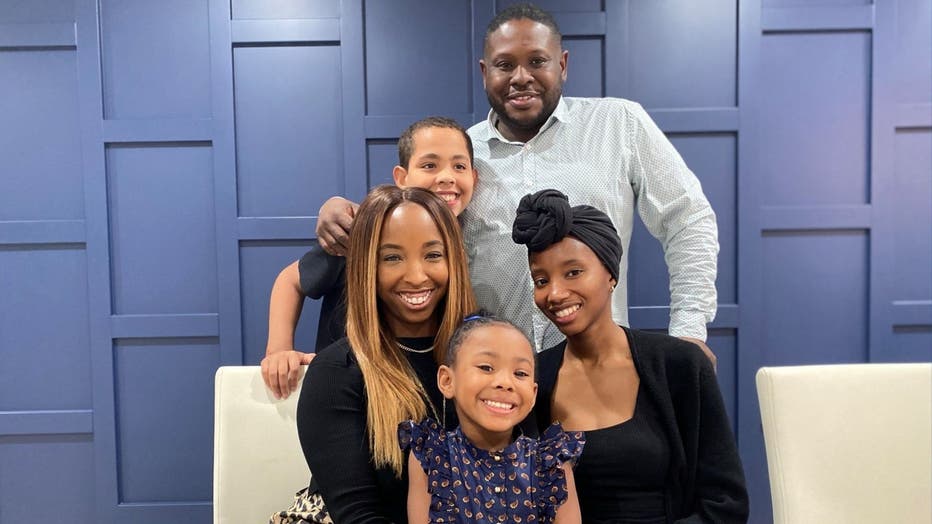 "He has the intellect of a three or four years old," Bailey explained. "He needs schools for the therapies. The fact that he's going on two years without his therapies, my son has regressed."

Bailey says she was outraged when she heard UTLA President Cecily Myart-Cruz say on Monday that rich, white people are the ones pushing for schools to reopen and that Governor Gavin Newsom's proposal to give grant money to schools that reopen faster is racist.

"If you condition funding on reopening of schools, that money will only go to white and wealthier schools that do not have the transmission rates that low-income black and brown communities do. This is a recipe for propagating structural racism," Myart-Cruz said Monday.

"Especially from a leader," Bailey said. "Because that is a very generalized and almost racist comment in itself. As a culture, Black and brown people don’t want to be generalized. We don’t want to be stereotyped and to say reopening schools is structural racism, that’s wrong."

Lamar Freeman coaches the LA Rampage. He says all the parents he talks to want their kids back in class.

"Our parents are dramatically upset that their kids are not in school, they want their kids in school. They want face-to-face learning," Freeman said. "They’re kids, they need some kind of structure."

"You’re noticing a tangible impact on these kids that you coach?" asked FOX 11's Bill Melugin.

"Huge impact," Freeman responded. "Most of my kids, before the pandemic, had 80% honor roll rate. Now, since the distance learning, it has dropped down to 20%. Most of my A and B kids are getting Ds and Cs, some Fs. They struggle because most of [their] parents are single parents, so they have to work in the morning. There’s no one to supervise their kid to make sure they’re signing on Zoom."

We asked UTLA for a response to the frustration from Black parents about the comments made by the union president. A UTLA representative told FOX 11 that Pew Research polling mirrors the statements made by Myart-Cruz.

"I think what we want them to know is that we have a voice and we should have a seat at the table if someone is going to choose to speak for us. Because we all have the ability to speak for ourselves," Bailey said.

Bailey adds, at the end of the day, it's the poor, minority communities that end up suffering the most from shuttered schools.

"It’s almost like minority families want the schools to reopen more than anyone else, and the reason why I say that is education, for us, our culture, is a stairway out of poverty, so every day that our kids aren’t in school, that’s just a day closer to poverty for them," Bailey said.

"Whoever is in charge... let's get these kids back in school!" Freeman said.

The parents' rally for reopening schools will be held on Saturday, March 13 at Ted Watkins Park at 11 a.m. Below is a copy of the flyer: 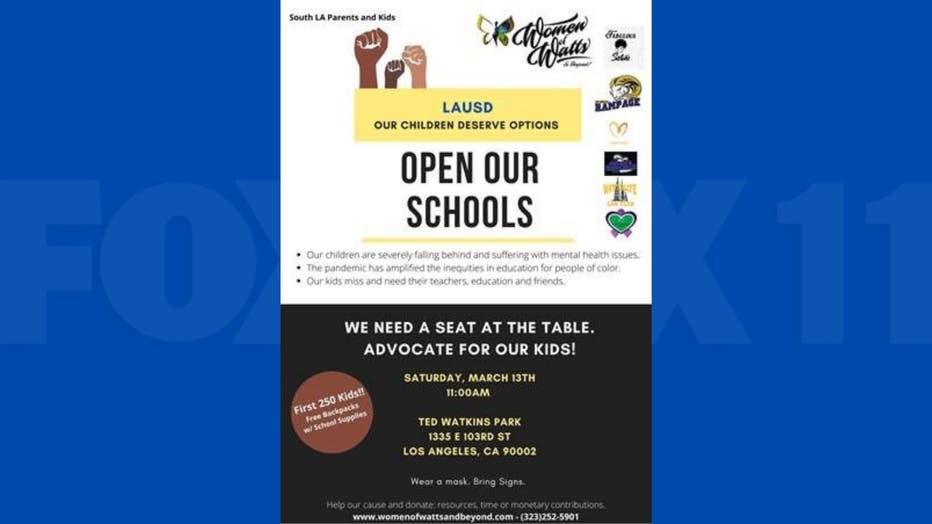