Off-duty Detective Alexis González died after a crash on an on-ramp to the northbound 605 Freeway over the weekend.

LOS ANGELES - An off-duty South Gate police detective was fatally injured when the vehicle he was driving crashed on an on-ramp to the 605 Freeway in Norwalk, authorities reported Monday.

The crash occurred about 11:30 p.m. Sunday on the Firestone Boulevard on-ramp to the northbound 605 Freeway, the California Highway Patrol reported. 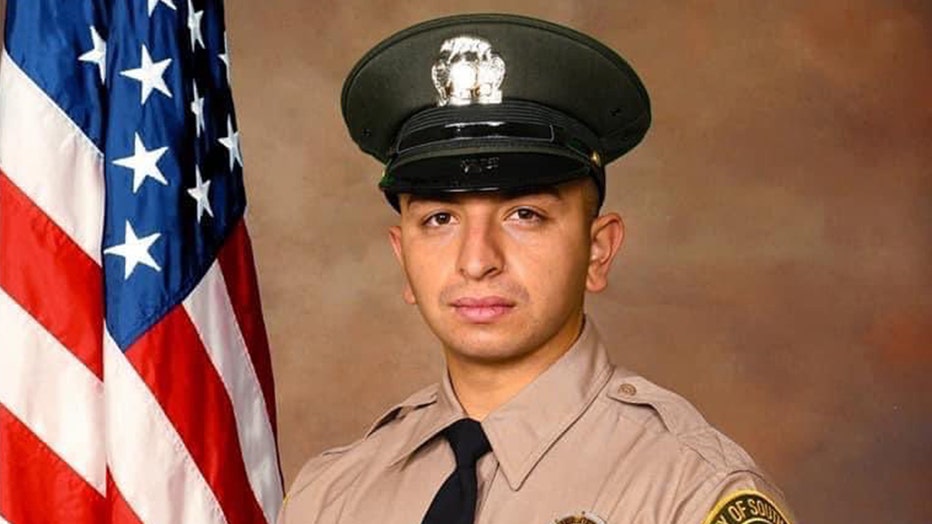 "Detective González is survived by his parents and two brothers," the police statement said. "We ask that you keep the González family and our department in your prayers. We thank all of our law enforcement partners for their support during this difficult time."

The circumstances of the crash remain under investigation.