GARDENA, Calif. - The child of a Black man who was fatally shot by Southern California police in 2018 — and whose death spurred lawmakers to enact a state law that decertifies officers who act criminally or with bias — has settled a federal lawsuit with the city of Gardena for $1.3 million, according to an attorney for the man’s son. 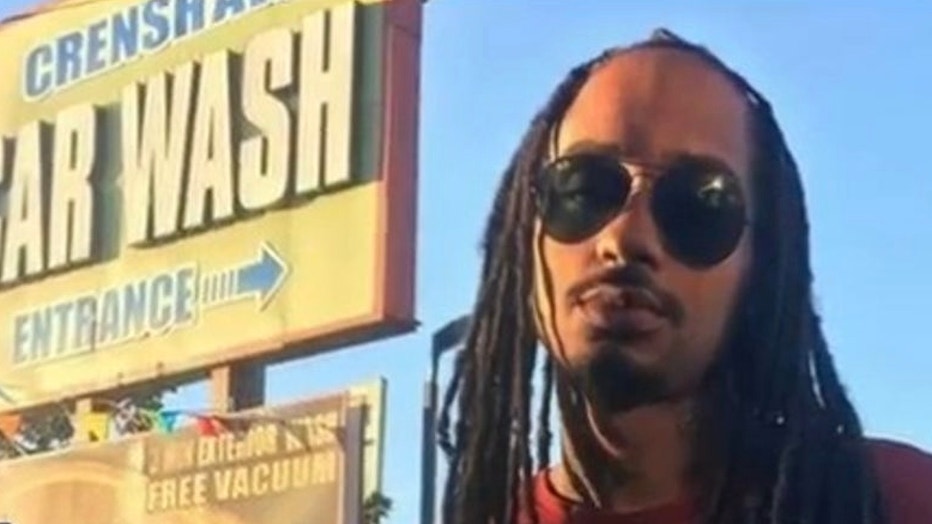 Kenneth Ross Jr., 25, was killed by police in 2018 after officers responded to reports of a man firing his weapon in a park in Gardena, a city in the South Bay region of Los Angeles County. His death also prompted calls for police reform.

Hicks said the city of Gardena did not admit to any wrongdoing as part of the settlement agreement. The lawyer said the mother of Ross’s son believes the new state law is more important than the settlement and shows that he didn’t die in vain.

"Obviously, the money won’t bring him back," Hicks said.

Haytham Faraj, who represented Ross’s mother Fouzia Almarou, said their settlement has not yet been formally approved by the Gardena City Council so he could not disclose the amount.

Faraj called the settlement "some modicum of accountability" and said the family had worked for changes to policing and prosecution for others in light of Ross’s death.

Attorney Arash Zabetian, who represented Ross’s father Kenneth Ross, Sr., said in an email the shooting should never have occurred.

Local mom explains why she participated in downtown LA protest

A mother of a 25-year-old man who was shot and killed by a Gardena police officer during an encounter in April of 2018 participated in the Black Lives Matter protest in downtown Los Angeles Wednesday.

"The police officers involved clearly engaged in misconduct," Zabetian said. "The purpose of the involvement of the officer who killed Mr. Ross was not to preserve the peace. He was the only officer who felt the need to use and used deadly force. The fact that his department and the union stood by him despite of such clear constitutional violations is extremely disappointing."

Lawyers for the city of Gardena, the police department and the officer who fatally shot Ross did not immediately respond to a request for comment Wednesday.

Ross was spotted running near the park and kept going even though officers were chasing him and demanding that he stop. Michael Robbins, the officer who shot Ross in the back and shoulder with a rifle, told investigators he believed Ross was reaching for a gun and feared for his life.

Authorities later found a pink handgun in Ross’s shorts and his family disputes that he was armed. Robbins was cleared of wrongdoing by the district attorney’s office but had previously been involved in three other shootings. Robbins retired in 2020.

In September, Gov. Gavin Newsom signed the Kenneth Ross Jr. Decertification Act of 2021 near where Ross was killed. The nation’s most populous state was one of just a handful without such a statewide system to strip officers of their badges in these scenarios.

Officers can now lose their certification for serious misconduct including using excessive force, committing sexual assault, intimidating witnesses, making a false arrest or report, or participating in a law enforcement gang. Other grounds include "demonstrating bias" based on race, religion, gender identity, sexual orientation or mental disability, among other criteria.

Ross’s family filed a federal lawsuit against Robbins and the city of Gardena and online court records show the parties reached a settlement in September, several weeks before Newsom signed the legislation. The court records do not include the settlement agreement.