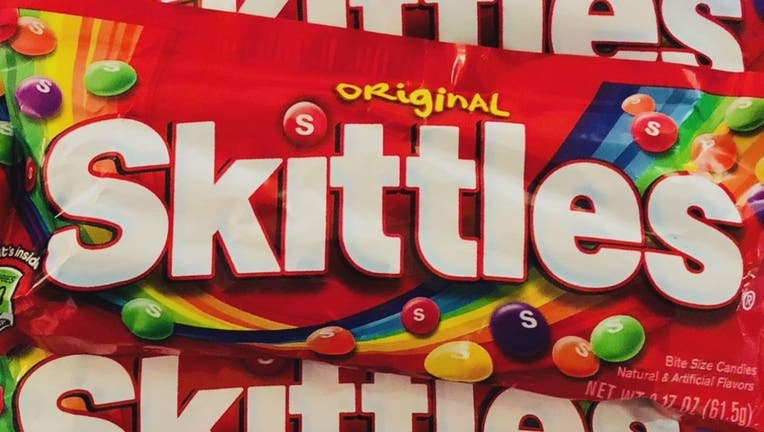 WASHINGTON - Social media is shook after rumors have spread that Skittles doesn't have a different flavor, regardless of their color. Taste the rainbow-- of the same flavor?

According to the latest internet debate, we've been living a lie. If you believe what you read on social media, that colorful candy we've grown to love with explosive bites of lime and grape is in fact the same flavor, despite the different colors. But is it really?

This heated debate was sparked by a recent NPR article about a blind taste test the writer conducted with coworkers to determine if they could tell what color gummy bear they were eating, if they couldn't see it. The test concluded that when they were blindfolded, the ability to identify the correct color gummy bear was significantly diminished. In the article, neuroscientist Don Katz, PhD is quoted as saying, "Skittles have different fragrances and different colors, but they all taste exactly the same."

In a story by Today, Katz went on to distingush between taste (which comes from the mouth), smell (which comes from the nose) and flavor (which links the two)-- a theory some have mentioned on Twitter, indicating the smell actually tricks you into thinking it "tastes" like a specific flavor.

However, a spokesperson for Mars Wrigley Confectionery, the maker of Skittles, vehemently denied claims that all colors have the same taste in a statement to Today, saying, "Each of the five fruity flavors in Skittles has its own individual taste and flavor." The company says red are strawberry, green are green apple, purple are grape, yellow are lemon and orange are orange-flavored.

The social media Skittles debate has gotten so intense it's tearing up marriages! Ok, maybe not-- but it is leading to heated arguments, according to one Twitter user.

Still, others are denouncing the rumor and calling it crazy talk!

Could the rumors be true? We didn't know what to think, so we put our taste buds to work in a live taste test on our FOX5DC YouTube channel. Did we shut down the rumor? You'll have to watch to find out.