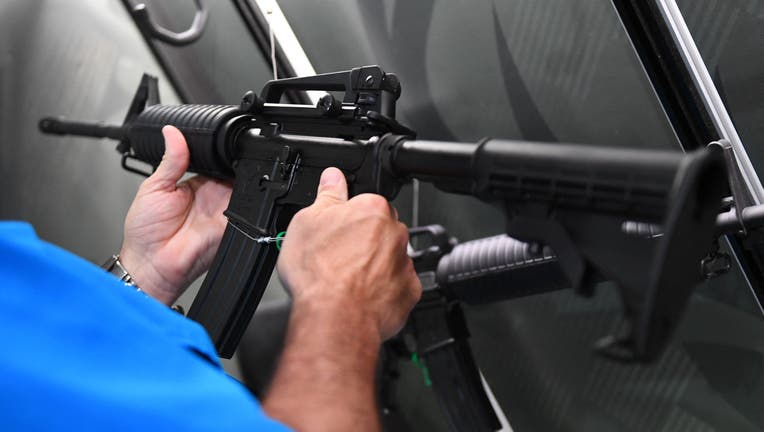 A Sioux City, Iowa, indoor football team has canceled plans to give away an AR-15 at one of its games after facing backlash in the wake of a series of mass shootings across the U.S.

The Sioux City Bandits, part of the Champions Indoor Football league, announced the rifle promotion in a Facebook post that has since been removed. The team’s owner initially refused calls for the giveaway to be canceled, but he changed his mind later the same day after one of their sponsors threatened to sever ties, The Des Moines Register.

He first told the paper that the team wouldn’t cancel because "some guys in New York City and some guys in Boston, Massachusetts, think it’s bad taste."

The Bandits, part of a league called Champions Indoor Football, partnered with a local gun store owned by a military veteran as part of an annual Military Night at the arena. Everyone who registered had to be at least 18 years old and pass a background check.

This week, a man in Tulsa, Oklahoma, used an AR-15 style rifle to shoot and kill four people at a hospital before turning the gun on himself.

There have been 236 mass shootings in the U.S. so far in 2022, according to the Gun Violence Archive, an independent data collection group. The GVA defines a mass shooting as four or more people shot and killed, not including the shooter.

President Biden addressed the shootings in a primetime address Thursday night and called on Congress to restore limits on the sale of assault-style weapons and high-capacity magazines. A bipartisan group of senators has been meeting to see if Republicans and Democrats can find common ground on gun laws, though the talks aren’t expected to produce sweeping reform.