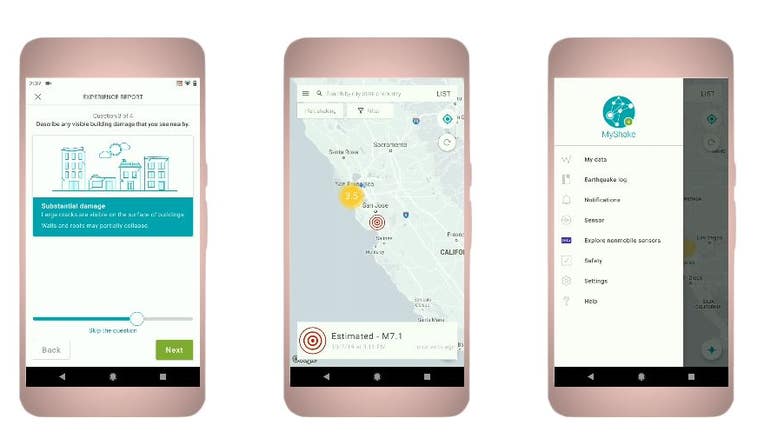 LOS ANGELES - The city's ShakeAlertLA app will stop issuing earthquake warnings after Dec. 31, and Mayor Eric Garcetti urged residents to download the statewide MyShake app that was built with the same technology and provides the same alerts.

ShakeAlertLA was designed to notify residents when earthquakes with a magnitude of 4.5 or higher occur.

"Los Angeles leads the nation in earthquake resilience, and ShakeAlertLA showed how we can harness technology to provide critical warning before an earthquake hits,'' Garcetti said in a statement. "The next `big one' is not a matter of if, but when, and we can all do our part to stay prepared, resilient and a few seconds ahead of the game by downloading the MyShake app now.''

Gov. Gavin Newsom announced MyShake on Oct. 17, 2019, and since its release it has been downloaded more than 1 million times, according to the mayor's office.

"What we learned from our important pilot partnership with the city of L.A. has benefited people throughout the West Coast as we expand ShakeAlert.''

The MyShake system works the same way as ShakeAlertLA and detects earthquakes through ground-motion censors. If an earthquake with a significant
magnitude is detected, an alert message is issued, warning the public several seconds before shaking begins.

ShakeAlertLA issued 100,000 early warning alerts of all recordable earthquake activity since its launch in 2018, according to the mayor's office.

"On behalf of the governor and state of California, we thank Mayor Garcetti for his leadership and work to advance seismic safety,'' said Mark Ghilarducci, director of the California Governor's Office of Emergency Services. "We are better positioned today because of the mayor's efforts and encourage all Angelenos to access the statewide earthquake early warning system, which can provide life-saving seconds to drop, cover and hold on before an earthquake. We are pleased to be able to expand this life-saving technology to all Californians.''

Now that a statewide system is in place, the ShakeAlertLA app will stop sending alerts at the start of 2021.

The MyShake app is available for download through the Apple Store or Google Play.