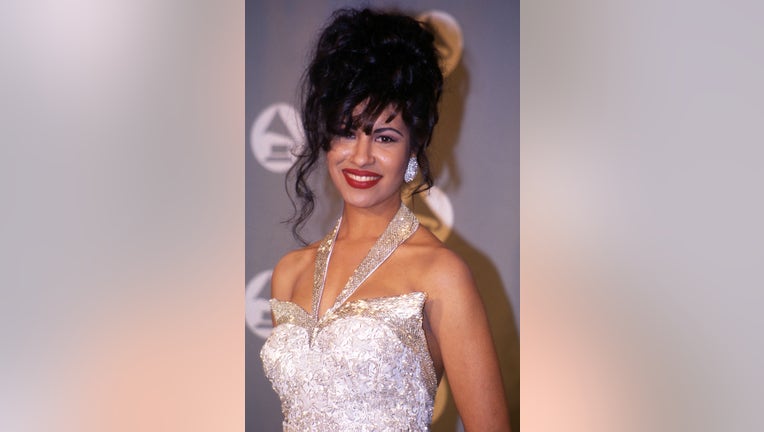 Selena in the press room at the 1994 Grammy Awards in New York City, New York .

LOS ANGELES - The father of the late Tejano singer Selena is suing a car air freshener company for allegedly using his daughter's image on its products without his permission.

Fuchila Fresheners makes car air fresheners and stickers designed to appeal to Latinos, depictions of which are attached as exhibits to the lawsuit.

A Fuchila representative did not immediately reply to a request for comment.

Quintanilla holds the property rights to Selena's name and likeness for commercial use, according to his court papers.

"Over the years, Quintanilla, by and through Selena's name, voice, signature, photograph and likeness, has selectively endorsed and continues to selectively endorse  a variety of products and services, including clothing and fashion accessories," the suit states.

Quintanilla restricts such uses and licensing to products and services that are of "acceptably high quality" to him and for which compensation is commensurate, according to his court papers.

The Fuchila products are advertised and promoted by the company through the use of Selena's name and with slogans associated with Selena, including the quote "Anything for Selenas," the suit states.

Quintanilla was not contacted by Fuchila for permission to use the Selena image, nor has he been paid by the company for doing so, the suit alleges.

Selena was shot to death on March 31, 1995, at age 23 in Corpus Christi, Texas, by Yolanda Saldivar, the president of her fan club. The singer had been scheduled to perform at the Los Angeles Sports Arena the following day.

Saldivar was convicted of first-degree murder and sentenced to life in prison with the possibility of parole in 30 years. Now 59, she will be eligible for parole in 2025.