SANTA MONICA, Calif. - A giant mural was unveiled and the Santa Monica Pier's Ferris wheel was lit up Wednesday to mark "Mamba Day," the annual L.A. celebration of the life and career of the late Lakers legend Kobe Bryant.

The unofficial remembrance of Bryant, who was nicknamed "Black Mamba," takes place every Aug. 24 — or 8/24, in a nod to the uniform numbers 8 and 24 that he wore during his 20-year Hall of Fame career.

Both his numbers were retired by the Lakers in 2017, the year after he hung up his sneakers, making him the first NBA player to have two numbers retired by the same team.

Bryant, who died Jan. 26, 2020, in a helicopter crash in Calabasas that also took the lives of his 13-year-old daughter Gianna and seven others, would have turned 44 on Tuesday, and his widow, Vanessa, posted on Instagram, "Happy birthday, baby! I love you and miss you so much! #44 (heart)." 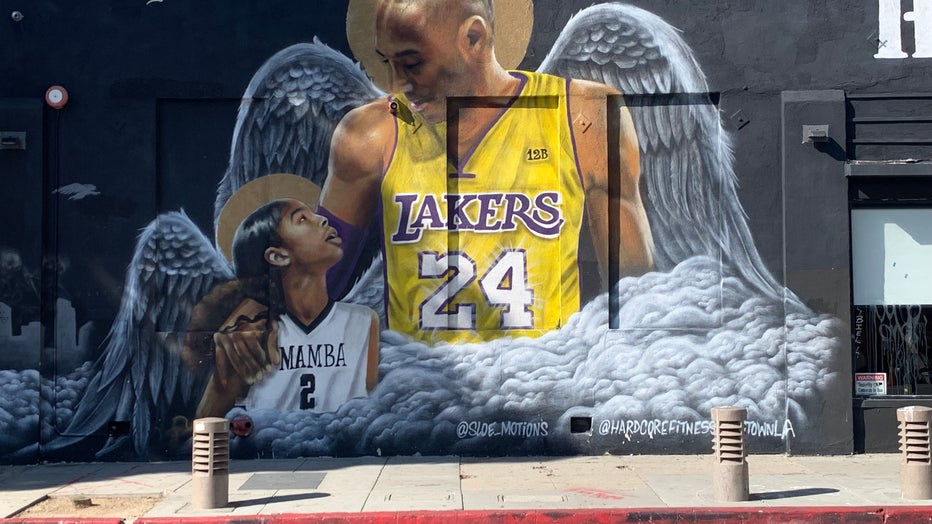 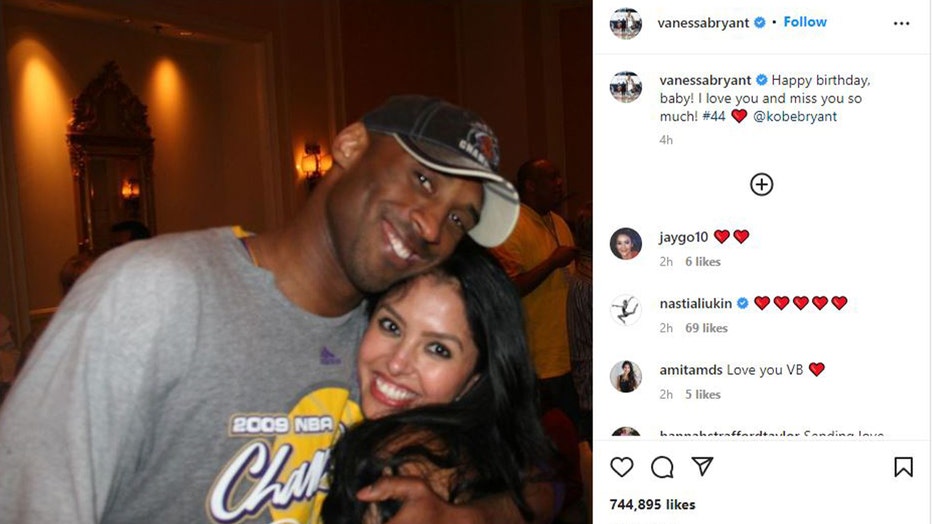 Created by muralist Sergio Odeith and L.A.-based illustrator Nikkolas Smith, it measures 125 feet by 32 feet — which the artists say is the largest portrait of Bryant ever created in the city.

Beginning at sunset Wednesday — about 7:29 p.m. — the 90- foot-tall Ferris wheel at Pacific Park on the Santa Monica Pier lit up with the numbers 8 and 24, as well as with the Lakers' gold and purple colors in a variety of patterns and transitions. 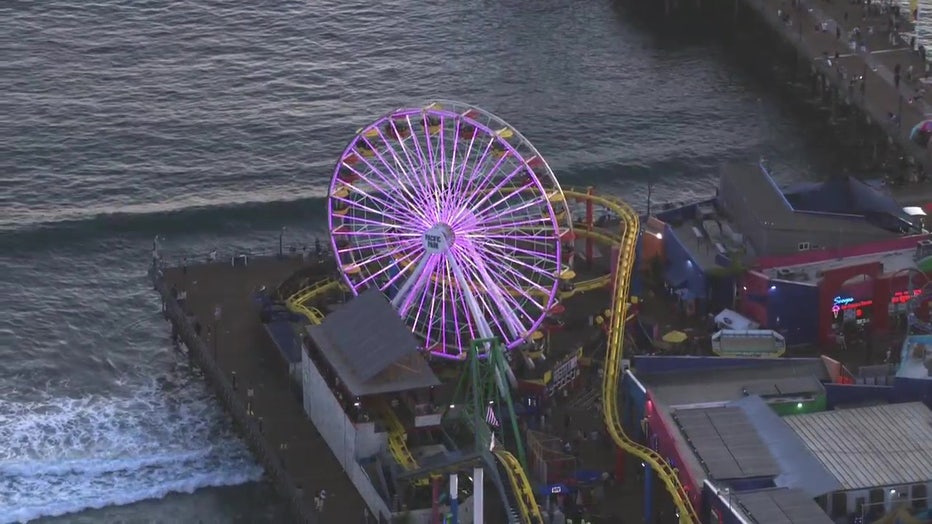 Visitors to the pier were able to see "LA (heart) 24" and "LA (heart) 8 from sunset to midnight," officials said.