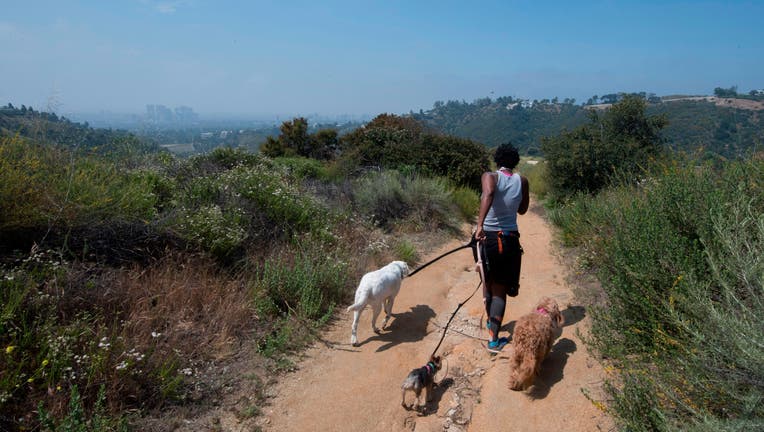 MALIBU, Calif. - All trails in the Santa Monica Mountains in Malibu are closed Sunday and through the Labor Day weekend, after a hiker's apparent heat-related death.

It happened at 2 p.m. Saturday when the 41-year-old woman was at Tapia
Park in Malibu Creek State Park, according to Lt. Greg Evans of the Malibu-
Lost Hills Sheriff's Station.

She was pronounced dead at the scene, Evans said. Her identity has not
been disclosed.

"A few hours later, she suffered a reported seizure,'' Katz said. "CPR was initiated and performed for 20 to 30 minutes before she was pronounced.''

She died at 2:10 p.m. according to the Los Angeles County coroner's office.

An advisory closing the trails added that Malibu Search and Rescue responded to several heat-related rescues. The statement urged: "Please do not
hike in this heat wave.''

Trails will be closed through 5 p.m. Monday due to excessive heat.