One person was injured after being shot at following a car crash Tuesday evening in Santa Monica. The shooter is in custody.

SANTA MONICA, Calif. - Two men were arrested Tuesday after a crash in Santa Monica ended with one driver shooting at another, according to police.

Santa Monica police officers were flagged down by people saying shots had been fired near the intersection of 6th Street and Broadway around 3:45 p.m. Officers then found two cars - a van and SUV -  that had been involved in a collision.

Authorities said the driver of the SUV, 43-year-old Emilio Reyes of Los Angeles, appeared to have a gunshot wound to his upper arm.

An investigation revealed the driver of the van, 52-year-old Manuel Jaramillo-Heredia of Inglewood, fired several shots at Reyes, and Reyes then purposely rammed his SUV into Jaramillo's van twice while he was still inside.

Police said Reyes and Jaramillo know each other and were arguing before the shooting. 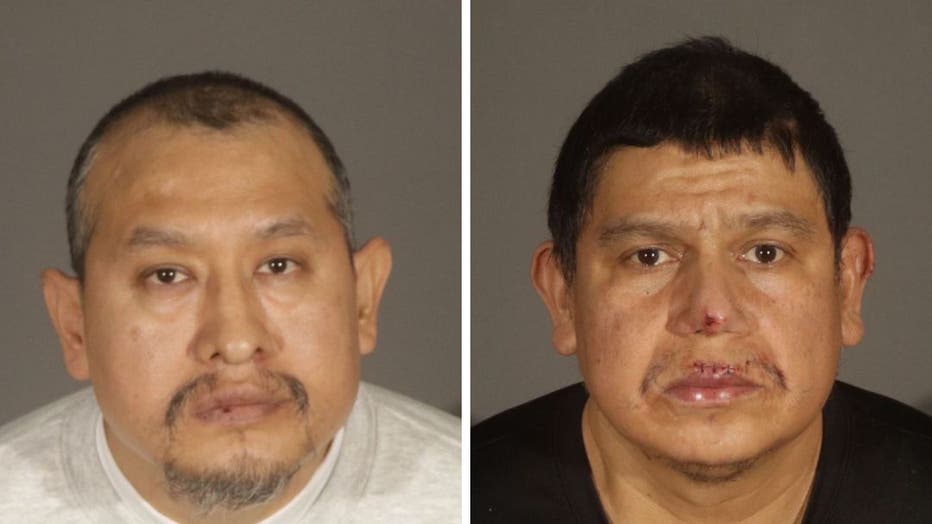 Reyes was taken to a local hospital for treatment of a non-life threatening injury and was discharged.

The handgun used was also recovered and both vehicles were towed, authorities said.

There are no outstanding suspects.

Both Heredia and Jaramillo were booked for attempted murder.