On the 10-year anniversary of the Sandy Hook mass shooting, the mother of Josephine speaks about her daughters' legacy. LiveNOW from FOX host Josh Breslow speaks to Michele Gay, co-founder of Safe and Sound Schools.

It’s been 10 years since the tragic mass shooting at Sandy Hook Elementary School.

Twenty-six lives were lost, some of whom were as young as 6 years old. 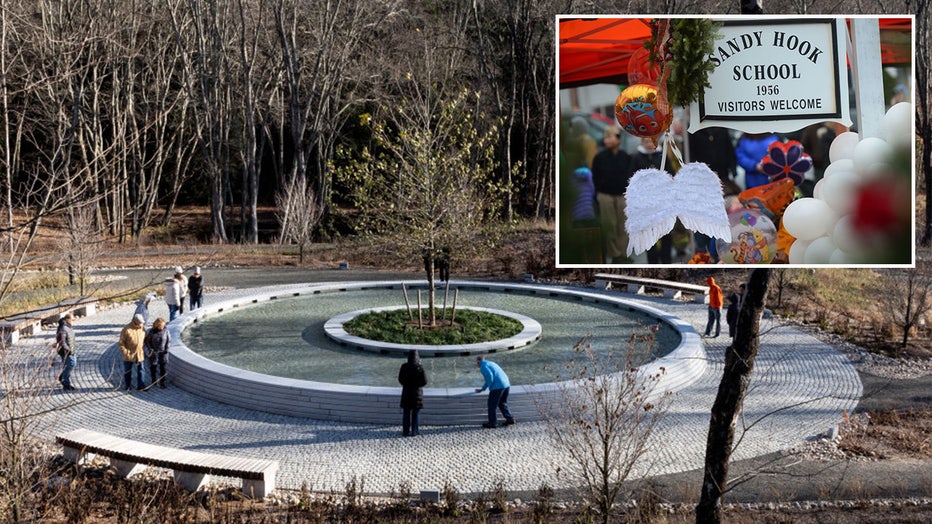 People visit the newly-opened Sandy Hook Permanent Memorial on Nov. 20, 2022, in Newtown, Connecticut with an inlaid image of a makeshift memorial set up for the victims of Sandy Hook in 2012.CREDIT: Getty Images

Michele Gay, whose daughter Josephine Gay was one of the victims on that somber day in 2012, spoke with LiveNow From FOX to reflect on her daughter’s legacy and the unveiling of the Sandy Hook memorial which took place this year.

"Purple was her favorite color so this week, in celebration of her life, it’s all about purple," Gay said about Josephine. "Every day we’re doing something purple just to keep her top of mind and close to our hearts as she is every day."

"She was full of joy and mischief and very, very girly. Loved her friends, really loved everybody that she encountered She was known for her smile and her ability to connect with people which is pretty amazing because she was a non-verbal child, she was a child with autism and many challenges and many gifts that she brought to our lives and our community," Gay continued. 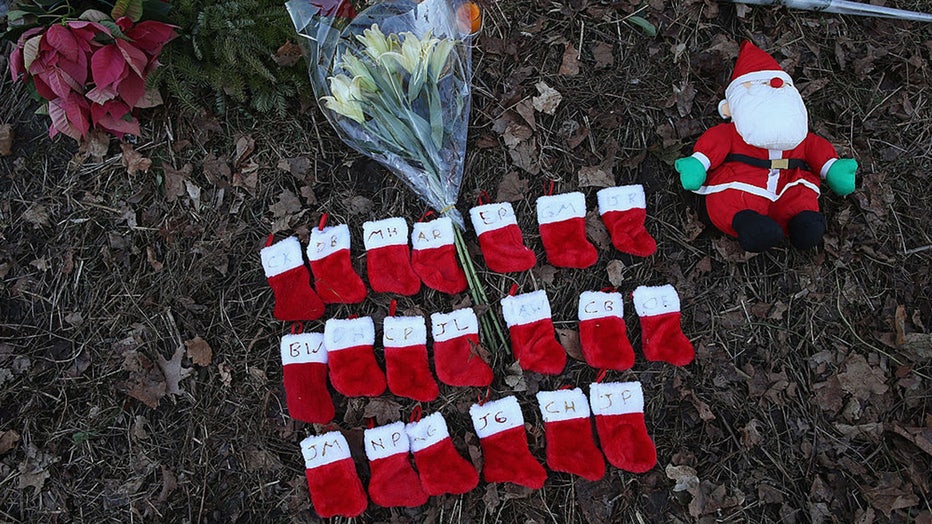 On Nov. 13, 2022, the memorial dedicated to the victims of Sandy Hook was officially opened to the public.

The memorial is situated at the end of a small path that leads from the parking lot. A manmade water feature with a sycamore tree sprouting from an island in the middle.

The 26 names of the victims are engraved in the top of a stone wall supporting the pool and a cobblestone walkway surrounds the feature, its outer ring lined with black-eyed Susan flowers.

"It warms my heart, it touches my heart. It’s just such an important milestone for many of us, for my family, to have been able to have a place to go and just reflect. And it’s just such a beautiful and peaceful place," Gay said of the memorial. 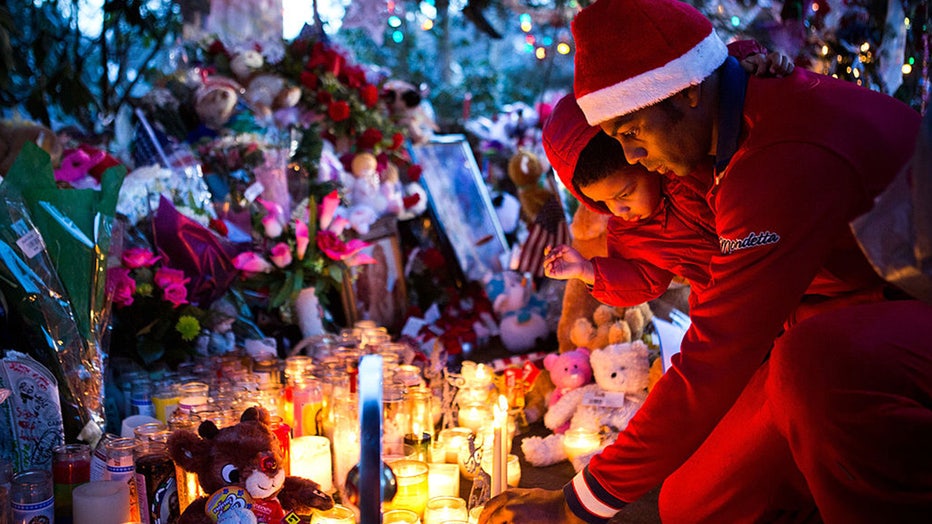 FILE - A father holds his son while lighting a candle at a memorial for those killed in the school shooting at Sandy Hook Elementary School on Dec. 24, 2012, in Newtown, Connecticut. CREDIT: Andrew Burton/Getty Images

"The water moves in a circular, never-ending circular pattern around that beautiful sycamore tree. But what you probably can’t tell by looking is how much hard work lots of people put into championing to get this memorial in place. And many of those folks were families of loss that really dedicated themselves to this work, really picked up that mantle for the rest of us and for our communities. It’s a really special place, and it’s really beautiful," she added.

Relatives’ victims were offered a private tour the day before the memorial’s official public opening. Others, including Jennifer Hubbard, visited earlier by private appointment. Her daughter, Catherine Violet Hubbard, 6, was one of the children who died in the shooting.

"It took my breath away in the sense that to see Catherine’s name and to see what has been created in honor of those that lost ... the families, those that survived — they’ve lost their innocence," she said. "And the community. We all suffered because of Dec. 14. 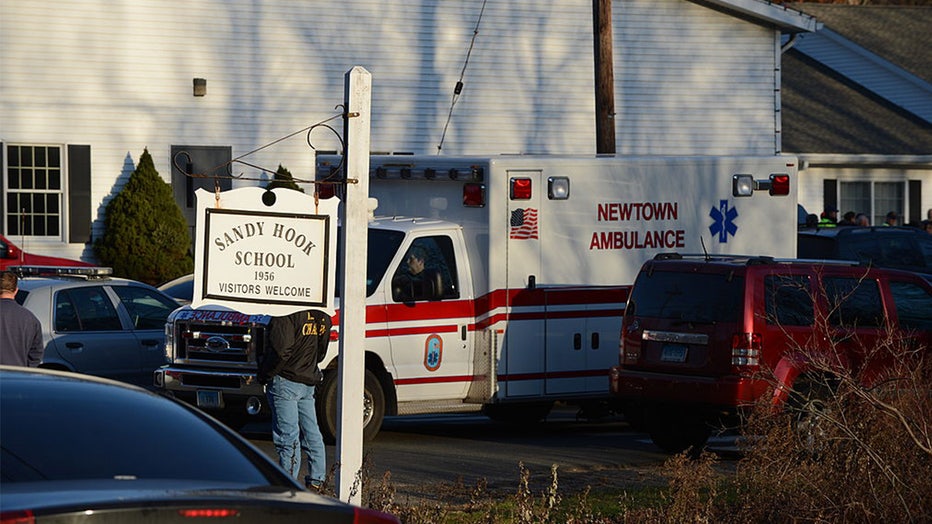 FILE - Police and ambulance, on Dec. 14, 2012, at the scene from the aftermath of a shooting at Sandy Hook Elementary School. CREDIT: DON EMMERT/AFP via Getty Images

"I think that the memorial is so perfectly appointed in honoring and providing a place of contemplation and reflection for a day that really changed the country," continued Hubbard, who is now executive director of the Catherine Violet Hubbard Animal Sanctuary in Newtown.

Nelba Marquez-Greene, whose 6-year-old daughter, Ana Grace Marquez-Greene, died in the shooting, took to Twitter on Nov. 12 to thank those who worked on the memorial planning for years.

"Ten years. A lifetime and a blink," she wrote. "Ana Grace, we used to wait for you to come home. Now you wait for us. Hold on, little one. Hold on."

How you can help remember the victims

For those who wish to help remember the victims of this tragedy on the 10th anniversary or on any day, Gay encourages them to visit MySandyHookFamily.org.

"Every one of the 26 has a page that has been created by their family and it shares a little bit about them and how their family would like them to be remembered and honored. And that’s really important to anyone who’s ever lost a loved one, especially someone so close, like a child in our case and some of the other families, a spouse, an adult daughter. We lost six educators as well as 20 beautiful children. But it’s really important that those families have the agency to determine how their loved one, how they want to shape that legacy, whether it be completely private, whether it be in a more public way, whether it’s a foundation or an organization like we founded for Josephine in Safe and Sound Schools. It has to be up to them and we have to honor and respect that," Gay said. 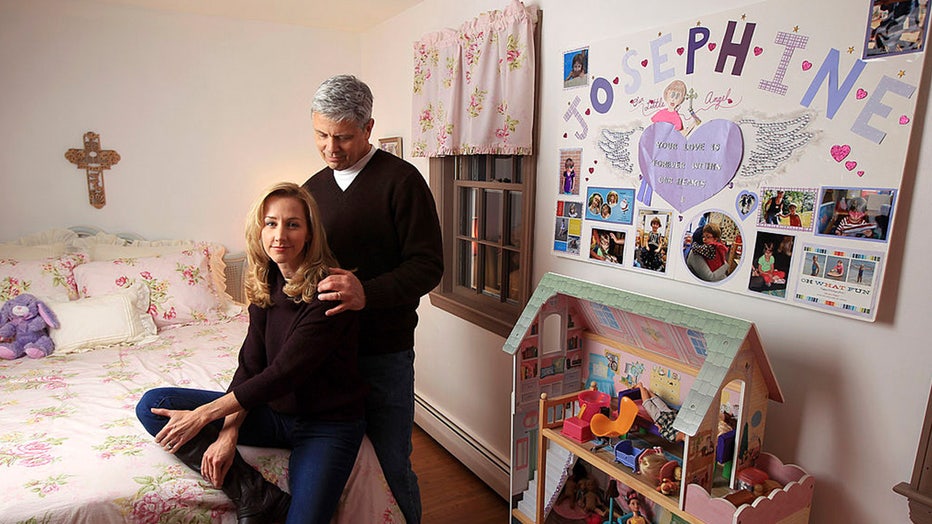 FILE - Bob and Michele Gay are among the number of parents who lost a child during the Sandy Hook Elementary School shooting in their new home where they have recreated their daughter Josephine's "Joey" room in 2013. CREDIT: Essdras M Suarez/The Bost

To remember their daughters, Gay and Alissa Parker, whose daughter Emilie Parker was a victim, started Safe and Sound Schools, "is a national non-profit school safety advocacy and resource center that provides research-based tools and support for crisis-prevention, response, and recovery," according to the website.

Gay said the non-profit was created not only to remember the victims of Sandy Hook but to truly embody both Josephine’s and Emilie’s love for school through a helpful resource and safe space dedicated to school safety.

"It’s a wonderful body of work and a wonderful way for us to heal and work with the best people, people who love children," Gay said. 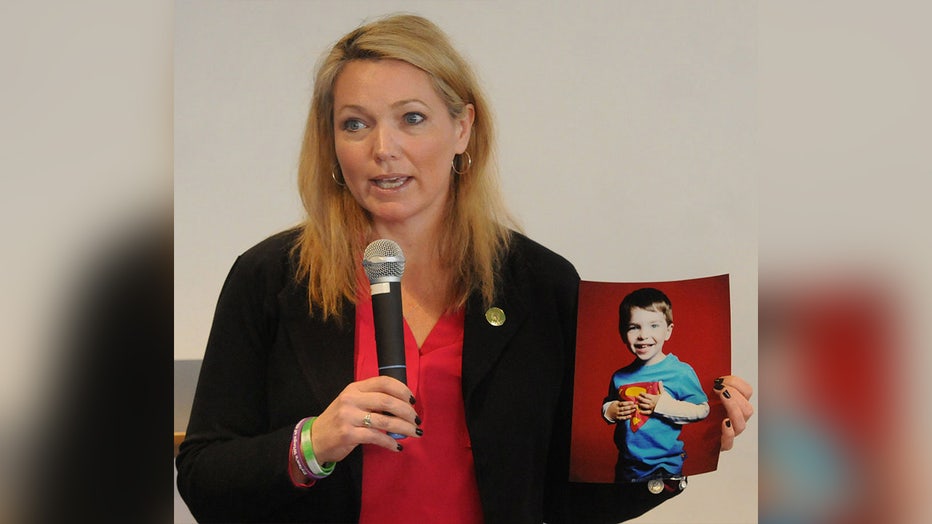 FILE - Nicole Hockley, Founder and Managing Director of Sandy Hook Promise, displays a photo of her late son Dylan on Jan. 19, 2018, while speaking at an informational kick-off for school leaders on the Sandy Hook Promise, a no-cost school-violence p

A decade hasn't diminished the disbelief Barden and his wife feel over Daniel's death. 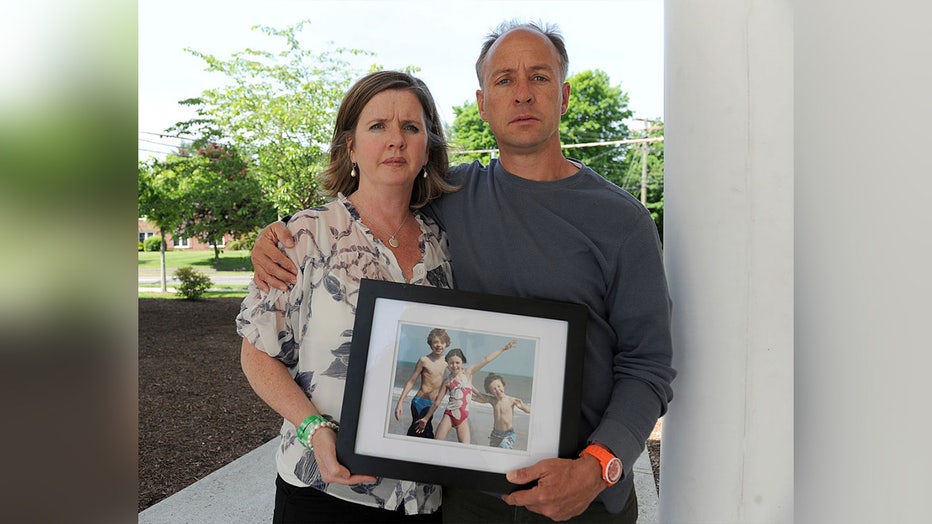 "Jackie and I still have moments where we just kind of look at each other, still wrapping our heads around the fact that our little 7-year-old boy was shot to death in his first grade classroom," he said.

"I can’t help but wonder what he’d be like now at 17," he said, repeating the number 17. "I just think he would be still a more mature version of the beautiful, sweet, compassionate, thoughtful, intelligent little boy that he was at 7. And it breaks my heart to think of the wonderful impact he would have had in these last 10 years and what he would have still yet to come, and it’s all been taken away from him."

Sandy Hook Promise's programs have been taught in more than 23,000 schools to over 18 million children and adults. Key components include education about the warning signs of potential school violence or self-harm and an anonymous tip system to report a classmate at risk for hurting others or themselves.

Hockley and Barden say they believe the educational programs and reporting system have prevented many suicides and stopped some school shootings.

"It’s a tremendous satisfaction, and it’s a serious responsibility," Barden said of the group's work. "And it’s a gift in a way that we have built something that allows us this mechanism with which to honor our children by saving other children and by protecting other families from having to endure this pain."