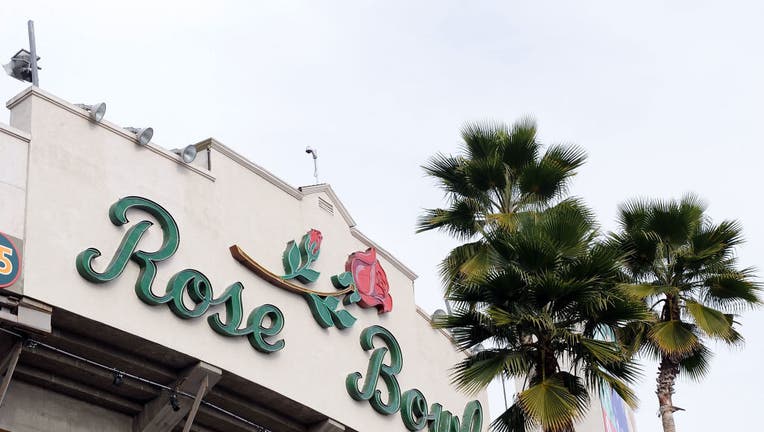 An exterior view of the 96th Rose Bowl game between the Oregon Ducks and the Ohio State Buckeyes on January 1, 2010 in Pasadena, California. (Photo by Harry How/Getty Images)

With Big Ten champion Michigan qualifying for the College Football Playoff, the Pasadena Tournament of Roses Association selected the Nittany Lions as the replacement from the conference Sunday.

The game will be the first meeting between Utah and Penn State.

Because New Year's Day falls on a Sunday, the game will be played one day later than usual because of the Tournament of Roses Association's ``Never on Sunday" rule.