Virginia brought in a deconstruction crew surrounded by a heavy police presence on Wednesday to remove one of the nation's largest remaining monuments to the Confederacy, a towering statute of Gen. Robert E. Lee.

Here is the moment crews lifted the enormous statue of Confederate Gen. Robert E. Lee off the giant pedestal where it has towered over Virginia's capital city for more than a century.

RICHMOND, Va. - Virginia brought in a deconstruction crew surrounded by a heavy police presence on Wednesday to remove one of the nation's largest remaining monuments to the Confederacy, a towering statue of Gen. Robert E. Lee. 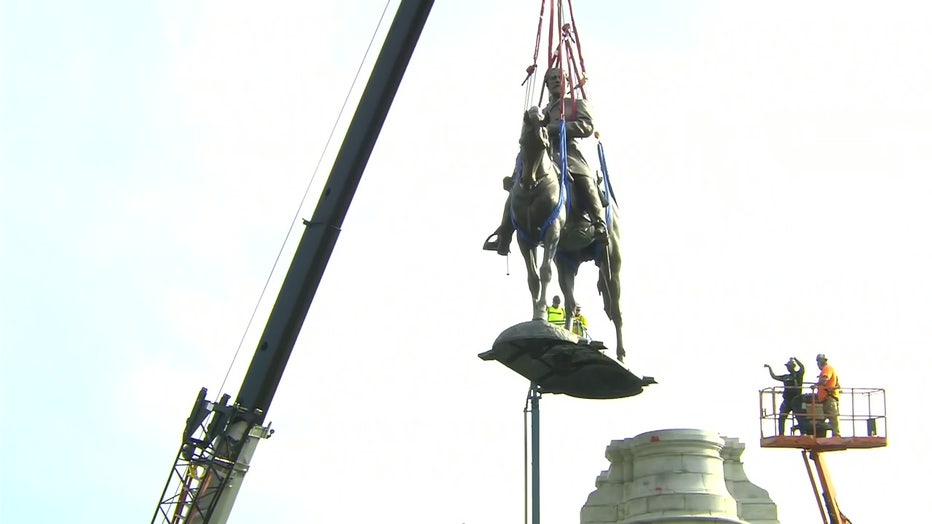 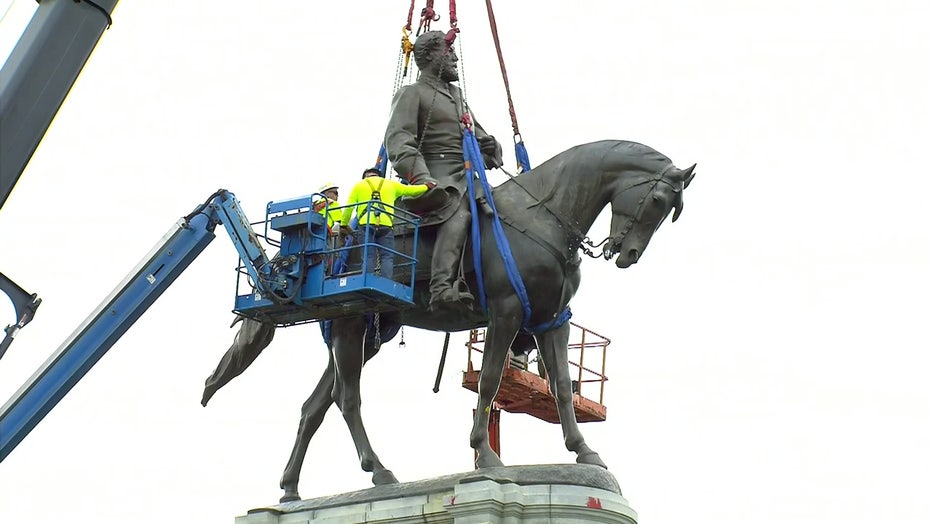 The 21-foot-tall (6.4-meter) bronze likeness of Lee on a horse will be hoisted off its 40-foot (12- meter) pedestal 131 years after it was erected in the former capital of the Confederacy as a tribute to the Civil War leader. 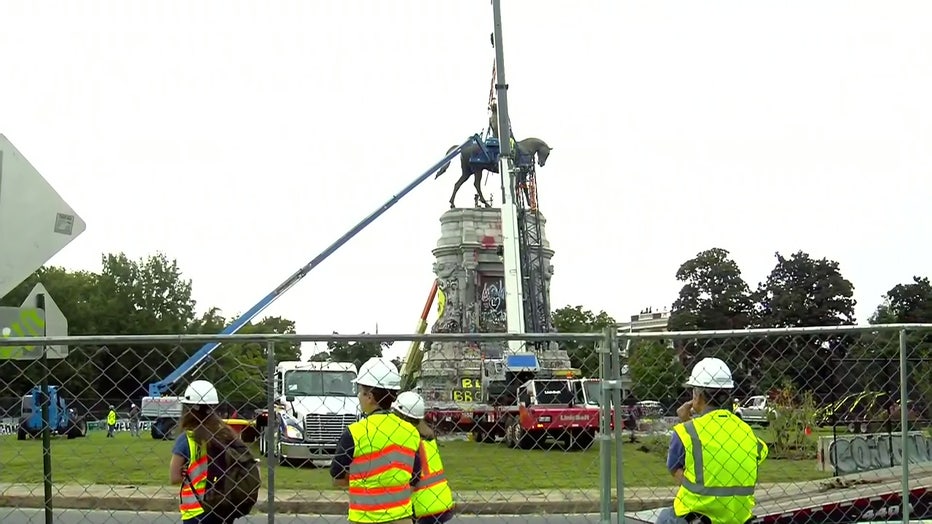 Many consider the statue's place of honor on Monument Avenue to be an offensive glorification of the South's slave-holding past. Others argued that taking it down would amount to erasing history. Public officials resisted calls to remove it until the death of George Floyd under a police officer's knee made the statue a target of renewed protests.

Democratic Gov. Ralph Northam announced plans for its removal in June 2020, 10 days after Floyd's death in Minneapolis sparked nationwide protests against police brutality and renewed efforts to take down Confederate memorials across the South. The plans then stalled until the Supreme Court of Virginia cleared the way in unanimous rulings against two lawsuits, saying that in a democracy, "values change and public policy changes too."

"This is an important step in showing who we are and what we value as a commonwealth," Northam said in a statement this week. 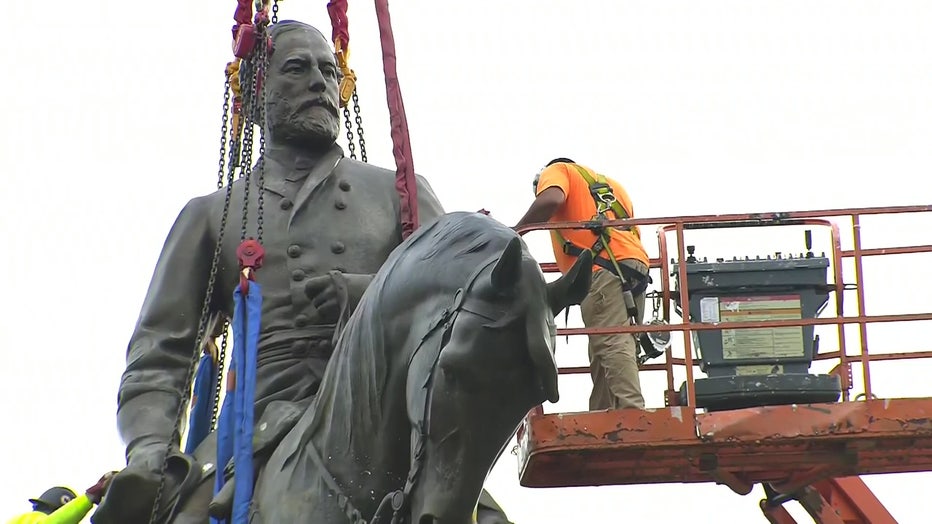 The removal of one of the nation's largest and most recognizable Confederate monuments was expected to draw considerable attention. State, capitol and city police officers closed streets for several blocks around the traffic circle with heavy equipment and crowd-control barriers. Visibility was limited from public viewing areas and the Federal Aviation Administration granted the state's request to ban drone flights during the event, which will be livestreamed through the governor's Facebook and Twitter accounts.

The work is slated to begin early Wednesday. A large crane will be used to hoist the 12-ton (11 metric-ton) statue off its pedestal. The sculpture is expected to be cut into two pieces for transport, although the final plan is subject to change, said Dena Potter, a spokeswoman for the state's Department of General Services.

After the statue is taken down, crews on Thursday will remove plaques from the base of the monument and will replace a time capsule that is believed to be inside.

In Richmond, a city that was the capital of the Confederacy for most of the Civil War, the Lee statue became the epicenter of last summer's protest movement. The city has removed more than a dozen other pieces of Confederate statuary on city land since Floyd's death.

The Lee statue was created by the internationally renowned French sculptor Marius-Jean-Antonin Mercie and is considered a masterpiece, according to its nomination to the National Register of Historic Places, where it has been listed since 2007.

When the monument arrived in 1890 from France, an estimated 10,000 Virginians used wagons and rope to haul its pieces more than a mile to where it now stands. The statue was the first of five Confederate monuments to be erected on Richmond's Monument Avenue, at a time when the Civil War and Reconstruction were over, but Jim Crow racial segregation laws were on the rise.

The Northam administration has said it would seek public input on the statue's future. The pedestal will be left behind for now amid efforts to rethink the design of Monument Avenue. Some racial justice advocates don't want it removed, seeing the graffiti-covered pedestal as a symbol of the protest movement that erupted after Floyd's killing.

© 2021 The Associated Press. All rights reserved. This material may not be published, broadcast, rewritten or redistributed.