A longtime LAPD officer is upset after a food worker allegedly left an anti-law enforcement message on his food order.

LOS ANGELES - A Los Angeles Police Department officer is upset after a food worker allegedly left a hateful message on his order.

Longtime LAPD officer Eric Mollinedo told FOX 11 that while he and his colleague were grabbing food at the Veggie Grill in the 6300 block of Sunset Boulevard, someone left a message that read "ACAB" on a wrapper of their burger. 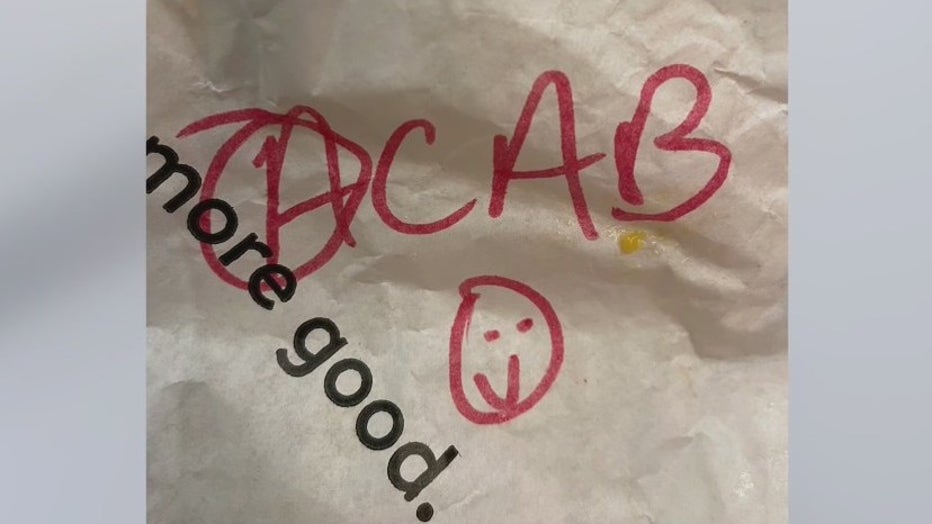 FOX 11 later learned that the restaurant employee accused of leaving the hateful message has been suspended.

"We are shocked and deeply disappointed to learn about the anti-police incident that occurred at our restaurant. The words and actions of this employee do not, in any way, reflect the values and beliefs of the Veggie Grill team. We have no tolerance for this employee’s behavior and have terminated them from their position.

We would like to make it clear to the Los Angeles Police Department, and to all police officers, that we respect and value the contribution you make to our community."