A new survey shows some Black parents in Los Angeles are reluctant to send their kids back to campus for in-person learning because of racism.

LOS ANGELES - A new survey shows some Black parents in Los Angeles are reluctant to send their kids back to campus for in-person learning because of racism.

The advocacy group Speak Up conducted a poll of parents in the Los Angeles Unified School District and it revealed Black parents are giving higher marks to remote learning than parents of any other racial group.

As schools reopen across the country, Black students have been less likely than white students to enroll in in-person learning — a trend attributed to factors including concerns about the disproportionate impact of the coronavirus on communities of color, a lack of trust that their schools are equipped to keep children safe, and the large numbers of students of color in urban districts that have been slower to reopen classrooms, the Associated Press reported last month. 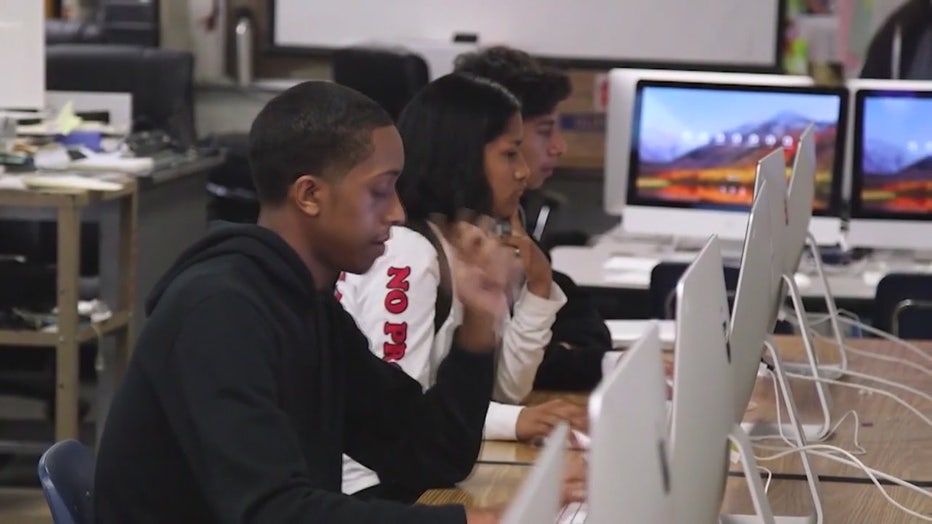 White students have been far more likely to be back in the classroom, with 52% of white fourth-graders receiving full-time, in-person instruction in February, the latest month with results available from surveys by the Biden administration. By contrast, less than a third of Black and Hispanic fourth-graders were back at school full time, along with just 15% of Asian American students.

Even before the pandemic, concerns about racially hostile environments contributed to large numbers of Black parents turning to homeschooling, said Khadijah Ali-Coleman, co-director of Black Family Homeschool Educators and Scholars. There has since been a surge in homeschooling among Black families.