With gusty Santa Ana winds combining with low relative humidity, the red flag warning will be in effect from 6 a.m. Friday to 8 p.m. Saturday, according to the NWS.

LOS ANGELES - After several days of fall-like weather, higher temperatures and Santa Ana winds will return to the Southland this week, prompting the National Weather Service to issue a red flag warning of critical fire danger for much of the area from Friday morning through Saturday evening.

With gusty Santa Ana winds combining with low relative humidity, the red flag warning will be in effect from 6 a.m. Friday to 8 p.m. Saturday, according to the NWS.

It will apply to the L.A County coast, downtown L.A., the Los Angeles County Mountains, the Angeles National Forest and the San Fernando and Santa Clarita valleys. 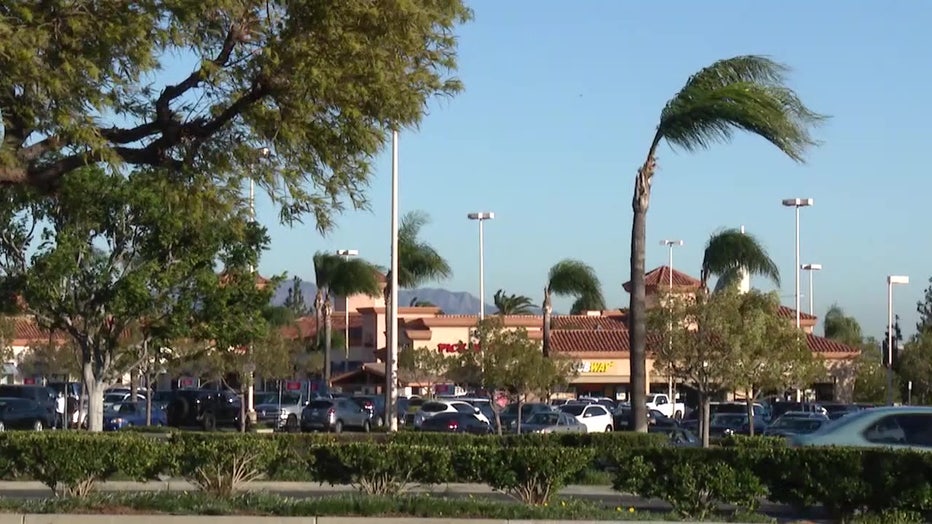 The warning replaces a less severe fire weather watch that had been issued previously.

A red flag warning means that critical fire weather conditions are either occurring now or will shortly. A combination of gusty winds and low relative humidity can contribute to extreme fire behavior and rapid rate of fire spread, according to the NWS.

People were urged to use extreme caution with potential fire ignition sources.

"A moderate Santa Ana wind event will develop over much of Los Angeles and Ventura counties beginning Friday morning and continuing into Saturday evening," forecasters said.

"Peak wind gusts are expected between 30 and 45 mph with isolated areas gusting to around 55 mph. The peak winds are expected Friday morning and early Friday afternoon."

Humidity levels in the single digits to low teens are expected, along with high temperatures between 80 and 90 degrees across coastal and valley areas.

"If fire ignition occurs, conditions are favorable for extreme fire behavior and rapid rate of fire spread which would threaten life and property," the NWS said.