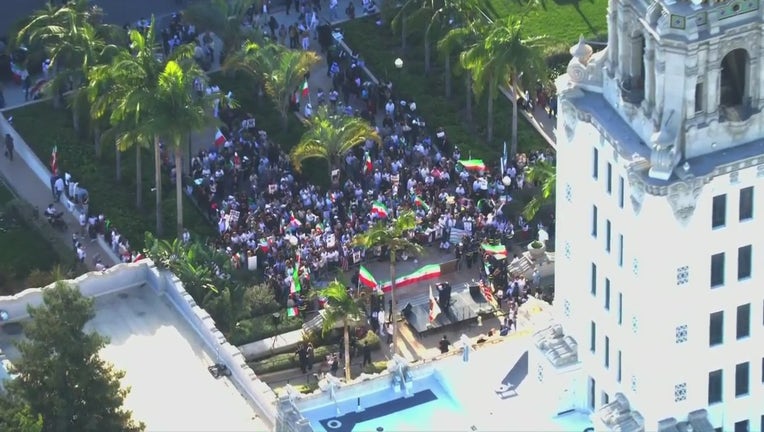 BEVERLY HILLS, Calif. - What police described as a "large rally" was underway Saturday afternoon in Beverly Hills in solidarity with Iranians protesting the death of a woman who refused to wear a hijab and died in the custody of Iran's morality police.

Participants were asked to wear white, according to a flier circulated online.

There have been protests all over the world since 22-year-old Mahsa Amini died in the custody of Iran's morality police. They also decry the deaths of Sarina Esmaeilzadeh, Nika Shakarami and others, blaming the government enforcers.

On Oct. 11, the Beverly Hills City Council voted unanimously to adopt a resolution calling upon the United States Government to increase sanctions against the current Iranian regime and cease negotiations, including negotiations related to oil exports, and to not release any assets frozen in the U.S. until there is a regime change.