The USC scandal prompted one of its professors to write a scathing op-ed article for the LA Times, accusing the university of having a toxic culture.

LOS ANGELES - It has been a rough time for USC.

From the firing of head football coach Clay Helton, to the former dean of USC's School of Social Work Marilyn Louise Flynn playing a role in a federal bribery scandal with Mark Ridley-Thomas – all of the controversies were compounded by allegations of drugging and sexual assault at a campus fraternity chapter. 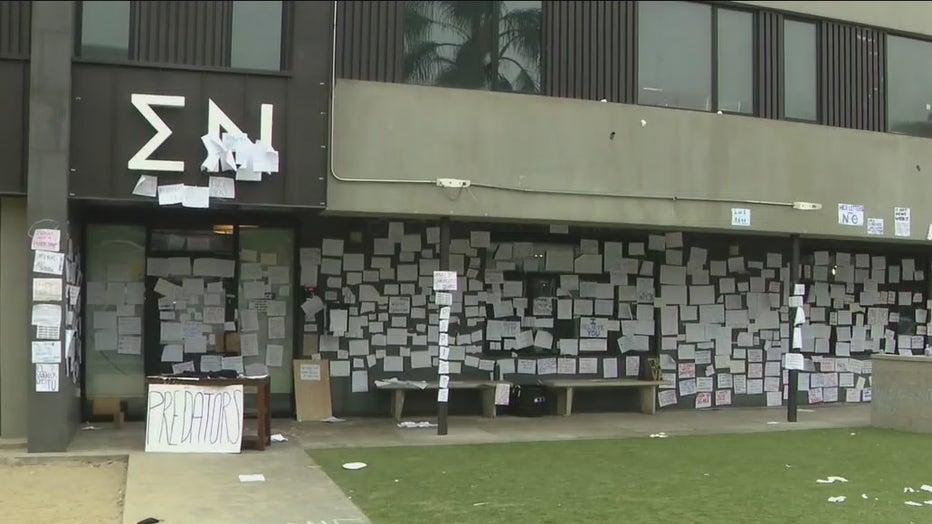 As reports were filed with campus police against the Sigma Nu fraternity, students took to the streets to protest and USC ultimately suspended the chapter.

The fraternity chapter scandal prompted USC professor Ariela Gross to write a scathing op-ed article for the Los Angeles Times, accusing the university of having a toxic culture to go along with an alleged history of covering up illegal behavior.

"In each case, the fallout and costs will affect the USC faculty, staff and students for decades to come," Gross said in the LA Times article.

In the wake of the recent scandals, USC President Carol Folt wrote the following letter to the Trojan community: