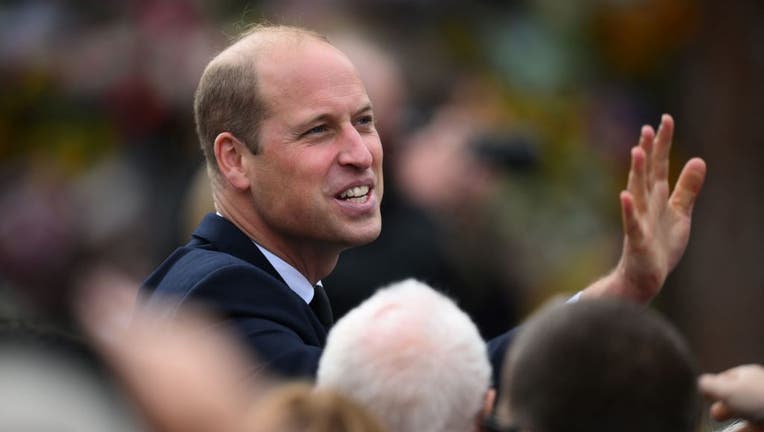 Britain's Prince William, Prince of Wales gestures as he speaks to members of the public outside Norwich Gate on the Sandringham Estate in Sandringham, eastern England, on September 15, 2022, following the death of Queen Elizabeth II. - As preparatio

This story discusses suicide. If you or someone you know is having thoughts of suicide, please contact the Suicide & Crisis Lifeline at 988 or 1-800-273-TALK (8255).

Prince William on Friday said that safety online has to be a "prerequisite, not an afterthought" following a coroner’s conclusion that a 14-year-old British girl died after suffering depression from the "negative effects" of social media, causing her to harm herself.

"No parent should ever have to endure what Ian Russell and his family have been through," William tweeted from the official Prince and Princess of Wales account. "They have been so incredibly brave.

He signed the tweet "W," indicating it was personally written.

A London coroner concluded Friday that Molly Russell, a 14-year-old who died by suicide in 2017, was deeply affected by content related to self-harm and suicide that she viewed on Instagram and Pinterest before her death.

"It's likely the material viewed by Molly… affected her mental health in a negative way and contributed to her death in a more than minimal way," coroner Andrew Walker said Friday. "It would not be safe to leave suicide as a conclusion. She died from an act of self-harm while suffering from depression and the negative effects of online content."

Walker added that he planned to write to Instagram’s parent company Meta and Pinterest along with writing a "prevention of future deaths" report regarding social media.

Whistleblowers like Frances Haugen, who testified in Congress last year that Facebook (whose parent company is also Meta) is harmful to children, have spoken out against the dangers of social media, especially for kids.

Molly’s father Ian Russell on Friday told reporters: "It's time to protect our innocent young people instead of allowing platforms to prioritize their profits by monetizing the misery of children."

The coroner said the platforms’ algorithms allowed Molly to see the content without her searching for it. He said the content "shouldn't have been available for a child to see."

The Prince of Wales reached out to the family in a show of support following Molly’s death. In 2016, he also set up an anti-bullying task force.

Five years ago, he did a TV interview discussing the dangers of social media following the death by suicide of a 17-year-old named Felix Alexander.

"I think it is worth reminding everyone the human tragedy of what we are talking about here isn't just about companies and about online stuff — it's actually real lives that get affected," he said. "And the consequences, that is the big thing, the consequences of what happens if things are not kept in check in terms of what we say and what we do. We are still responsible for our own actions online — this anonymity, as you were saying, is really, really dangerous."