Lilburn police made a remarkable discovery at an accident scene after a woman gave childbirth in the middle of a car wreck.

They found a newborn baby. 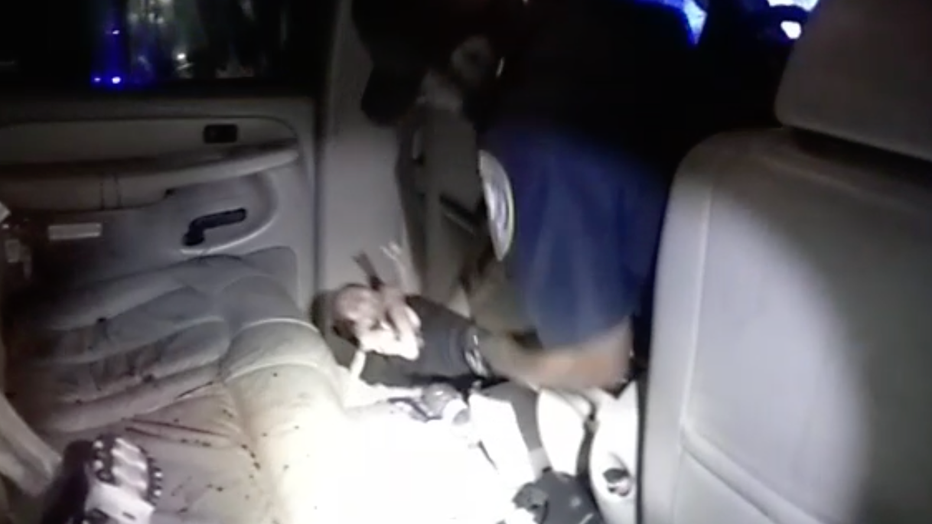 Lilburn police discover a newborn baby that was thrown under a seat when her mom delivered the child during a car accident.

Crystan Graham went into labor before dawn Monday. Her mother Krystal Jones was frantically trying to drive her to the Gwinnett Medical Center.

The road was wet. She hydroplaned their Chevy Tahoe as they sped down Lawrenceville Highway, crossing the road and crashing into the gate of the BAPS Hindu Temple.

— Lilburn police officer asking the grandmother of the newborn baby what happened during a chaotic car crash.

Somehow, as the crash was happening, Crystan delivered her daughter while sitting in the back seat.

Only problem, in the darkness no one could find the baby.

“Where was the baby at?” Lilburn police officer Danny Bride asked as he walked up to the chaotic scene, his body camera recording the entire encounter.

“We don’t know!” cried Ms. Jones. “I was just trying to get to the hospital.”

“Where was the baby at?”

“In her womb!” exclaimed Ms. Jones. “She was giving birth!” 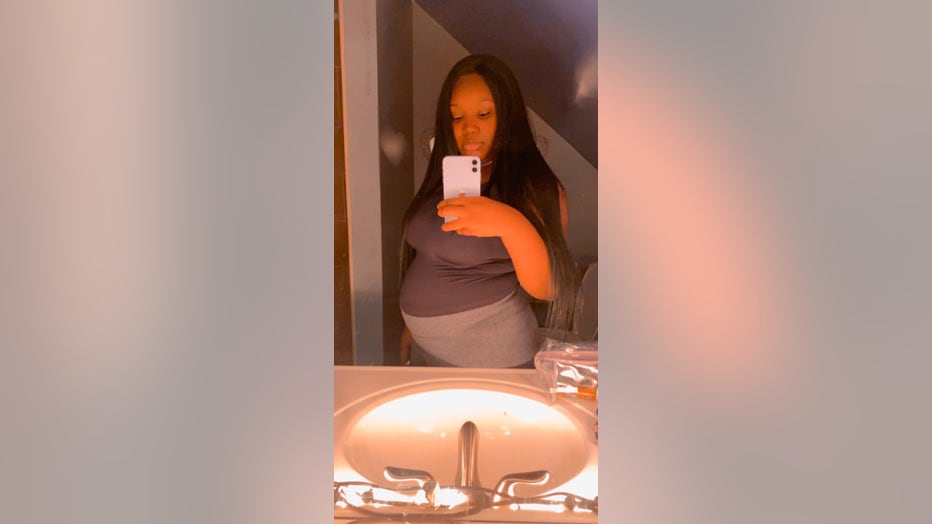 Crystan Graham delivered her daughter as the car her mom was driving crashed into a fence on a rainy pre-dawn morning. She has recovered.

Luckily, officer Bride just happened to be driving by the scene seconds before the accident happened. So did officer Cepeda Huff.

“We thought the baby might have gone out the window because there was so much debris in the back,” officer Bride explained during an interview with FOX 5. “Our concern was whether the baby got tossed into the backseat or got tossed through the window.”

The SUV’s windows had been shattered in the accident. Officer Huff tried to scan his flashlight across the wet ground, the pre-dawn darkness not helping one bit.

“With the Georgia red clay and a newborn baby, I was thinking it was blending in with the mud,” said Huff. 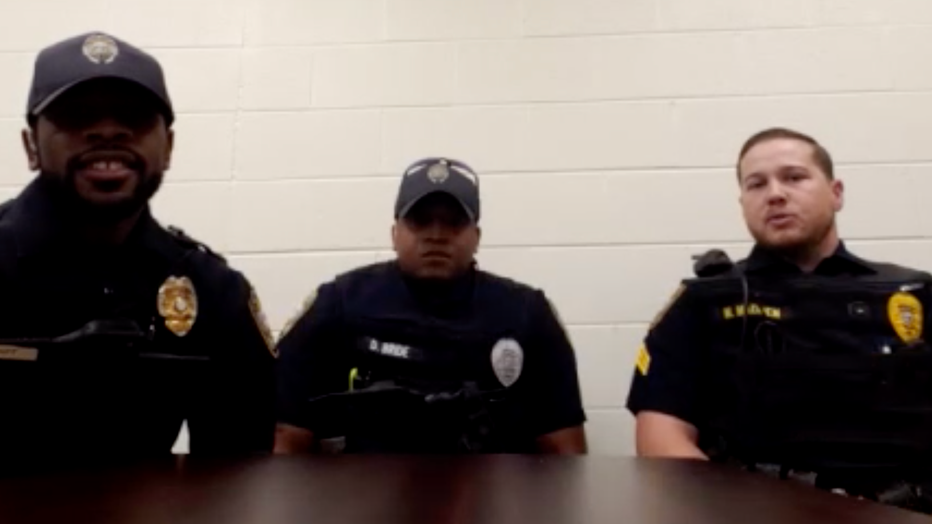 On the body camera video, you can see Bride suggest Huff look under the middle row seat of the SUV. He thought he saw part of the umbilical cord poking out.

She was there. And she was alive.

Huff gently scooped up the little girl, being careful she wasn’t caught on anything.

The officers rushed the baby to a waiting ambulance, then ran over to the new mom and new grandmother to deliver the good news.

“We got your baby,” said Bride. “Looks to be fine. She’s breathing and moving just fine.” 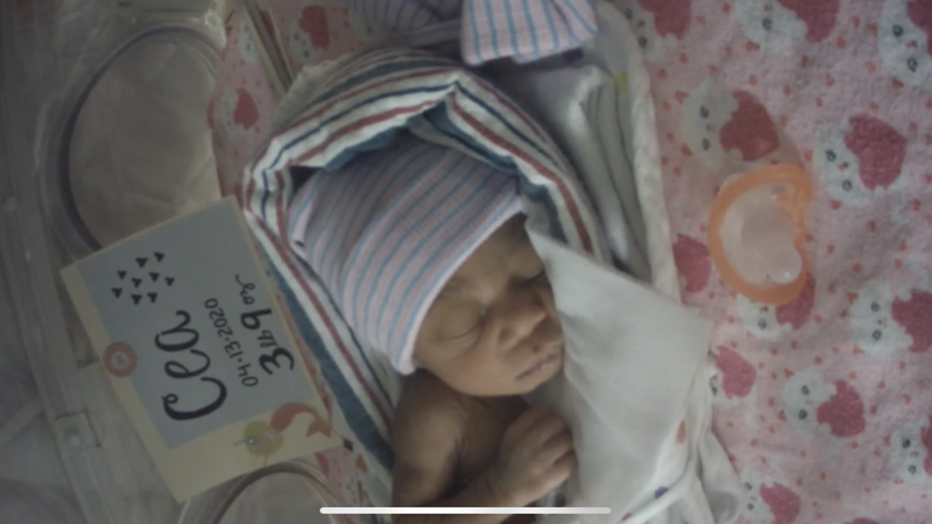 Her mother is out of the hospital.

Her grandmother calls the three Lilburn cops her angels.

“It’s a great way to end a shift and it’s just about being in the right place and the right time,” said officer Bride.

And looking, of course, in the right spot.