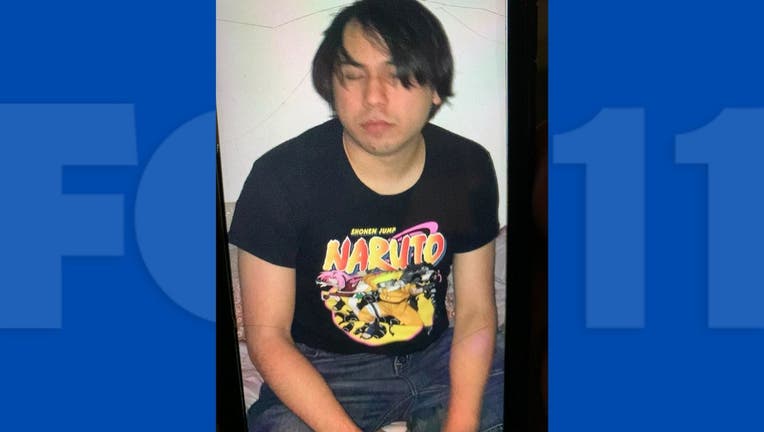 REDONDO BEACH, Calif. - Police in Redondo Beach are searching for an "armed and dangerous" suspect wanted for allegedly stabbing a relative to death, investigators said Tuesday.

Adrian Gudino, 24, of Long Beach, was identified as the suspect in the killing of Gloria Pressett, 68. Authorities did not immediately release how Gudino and Pressett were related.

Pressett was stabbed inside a residence in the 2000 block of Carnegie Lane around 2:30 a.m. Tuesday. Police had responded to the residence regarding a fight between family members.

She was transported to a local hospital where she died from her injuries.

Authorities said Gudino left the house on foot before officers arrived at the scene.

He was described by police as a Hispanic male, approximately 5-feet-7-inches tall, weighing 130 pounds with brown hair and brown eyes.

"Adrian Gudino is believed to be armed and dangerous, please do not approach him if seen and call police immediately," Redondo Police wrote in a press release.

Anyone with information regarding Gudino's location was asked to call the Redondo Beach Police Department or 911.