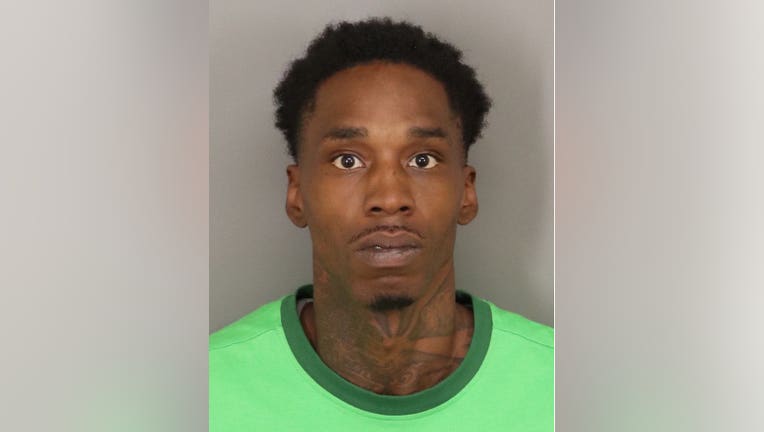 ONTARIO, Calif. - The Ontario Police Department has made an arrest and continues to search for a second suspect involved in a hate crime that happened at the Ontario Mills mall in San Bernardino County over the weekend.

Ontario PD said on April 4, which happened to be Easter Sunday, two men got into a verbal argument with an Asian couple allegedly over social distancing, though police said they do not know the exact words exchanged.

Arrest made in Anti-Asian hate crime at Ontario Mills mall

FOX 11's Gigi Graciette reported 34-year-old Tuvorius Mencer was arrested and booked for a hate crime and felony assault of the couple. In addition, he also faces a charge of assault on a peace officer.

Police said the argument escalated into a physical altercation. An Asian woman was seen on a stretcher with injuries on cell phone video following the incident.

Louis Navarro was at the mall and recounted what he saw to FOX 11.

"The two gentlemen then walked past me as I heard them using several profanity and derogatory remarks. The remarks that were made obvious to me makes it seem more of a hate crime," he said.

Navarro recorded the aftermath to provide video to police and captured the victim being wheeled out on a stretcher following the hate crime. He said the female victim had a baby with her at the time of the incident too.

"The mother had a two to three-year-old baby. It was just very alarming to me and I, myself own a security company and we deal with this on a regular basis, but it just caught me off guard," he said.

One of the suspects is in custody, booked on a hate crime, and police are working to identify the other suspect. Police are not yet releasing their names or identities.