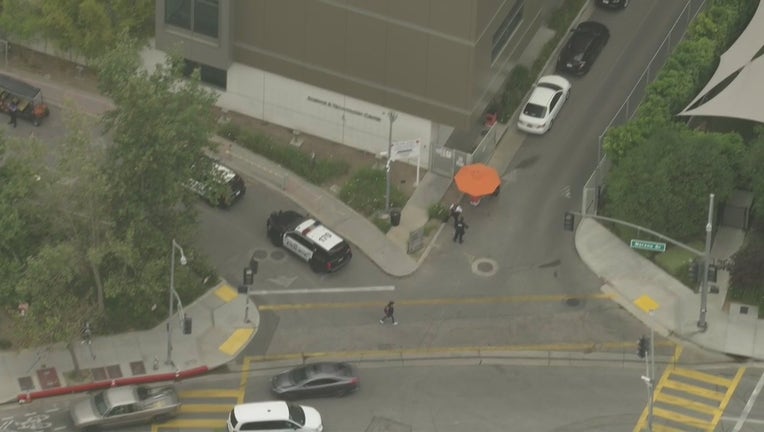 SkyFOX was over the police presence outside Beverly Hills High School. (FOX 11)

BEVERLY HILLS, Calif. - Allegations of a man carrying a gun near a school in Beverly Hills prompted a brief police investigation.

Both departments investigated the alleged sighting. LAPD eventually found a fake gun near the area.

As of Thursday afternoon, no injuries or arrests have been reported in the investigation.