The pursuit started in Sun Valley and ended in Burbank.

BURBANK, Calif. - A carjacking suspect was taken into custody after leading authorities on a pursuit through the San Fernando Valley.

The pursuit started in Sun Valley just after 5:30 a.m. as the suspect continued to travel southbound to Burbank. After the suspect led authorities to Burbank, the suspect was traveling at high speeds in residential areas where he eventually got out of the alleged stolen vehicle and hid beneath a car that was parked in a resident's driveway.

Shortly after, he surrendered to authorities and was taken into custody. 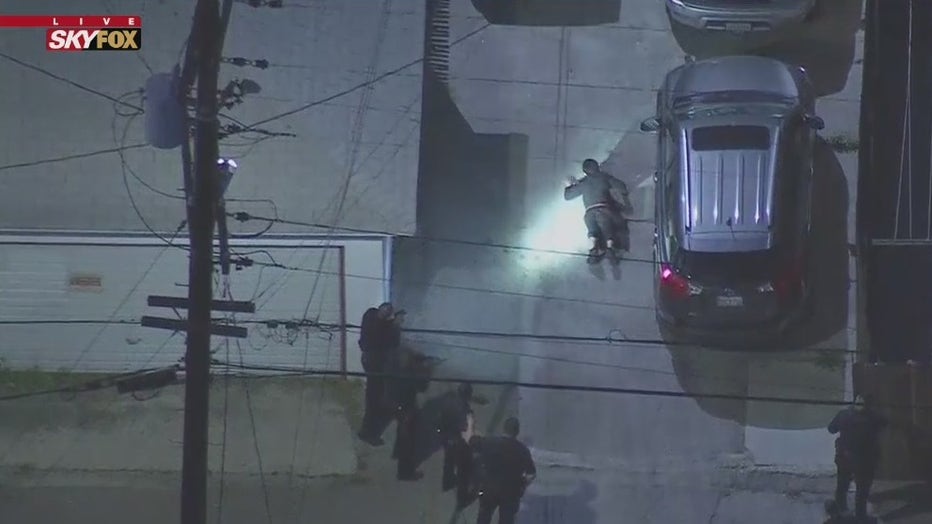 No officers were injured in the incident.