The pursuit of a suspected stolen vehicle started in the Lakewood area as the suspect led authorities through Artesia, Cerritos, Downey, Paramount and Lynwood.

A white pickup truck was traveling at a high rate of speed on the southbound 605 Freeway just before 10 a.m. in Long Beach, before the suspect got off on surface streets to Cerritos.

The truck was seen getting into a collision with another car in the middle of an intersection in the Lakewood area.

The pursuit ended just after 10 a.m. after the suspect plowed into the intersection of Norwalk and Del Amo boulevards and crashed into at least two other vehicles. Following the collision, the suspect got out of the truck and attempted to run away from the scene. He didn't make it very far and appeared to run with a slight limp. Within seconds, the suspect surrendered to authorities on the sidewalk where he was subsequently taken into custody. 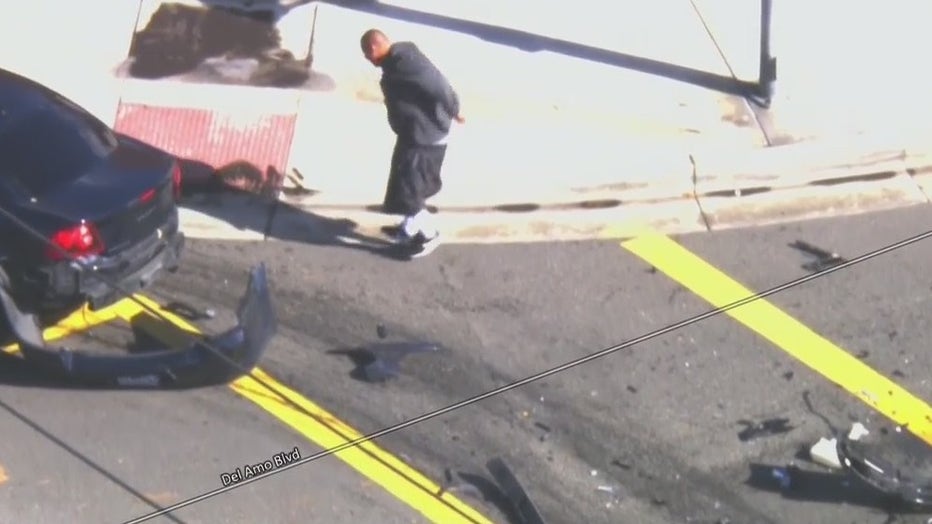 One victim, 18-year-old Elijah, got off the car and appeared to be okay. He told FOX 11 that he feels fine and doesn't remember getting out of the car.

After first responders were able to get inside the third vehicle involved in the crash, the second victim was taken to the hospital. 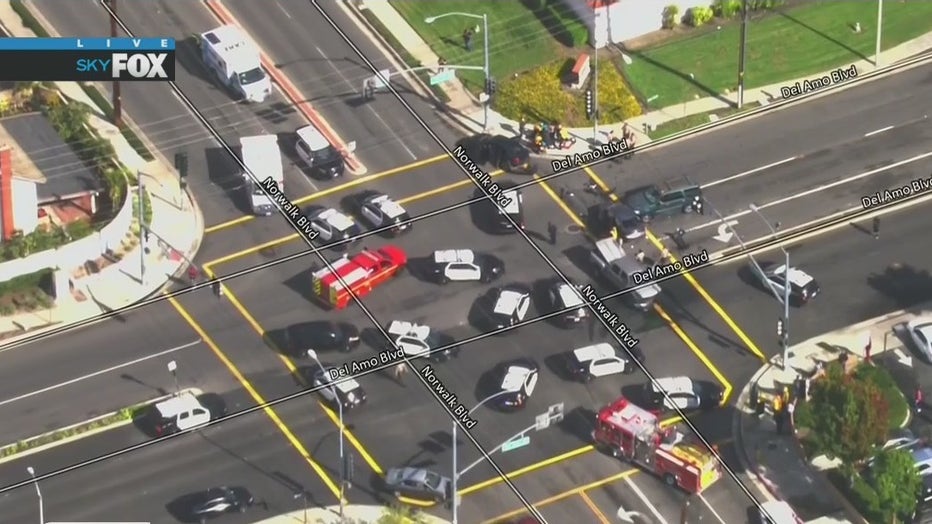 Road closures are expected in the area while officials investigate.