Authorities are in pursuit of a suspected stolen vehicle in the South Bay area. Stu Mundel reports live from up in SkyFOX. 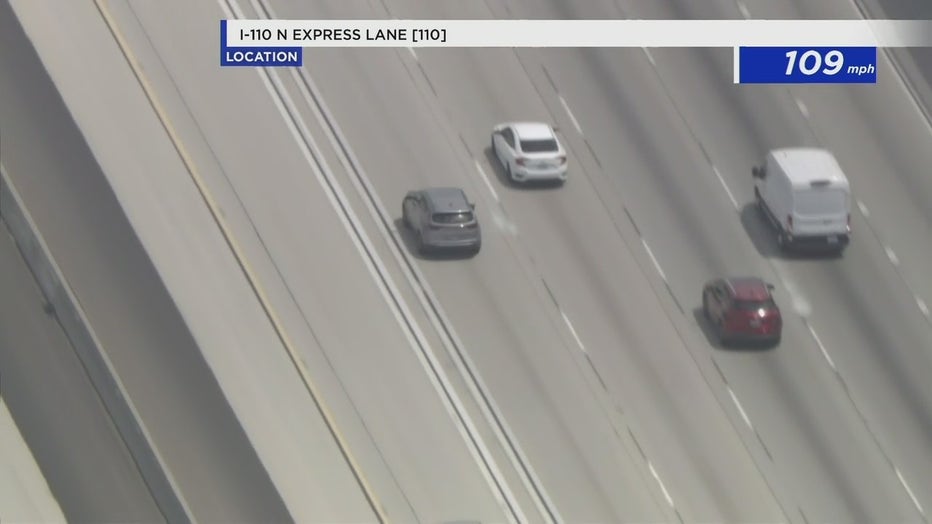 The driver reached speeds of up to 115 mph on the northbound lanes of the 110 Freeway before merging onto the 105 Freeway in San Pedro.

Officers with the Hawthorne Police Department were originally in pursuit of the Toyota RAV4 before California Highway Patrol officers took over. The pursuit then continued from Compton and into Carson.

The driver then led CHP officers on westbound lanes of the 105 Freeway into the area near the Los Angeles International Airport where they got off the freeway.

SkyFOX captured the driver taking side streets along the coastline where they encountered hilly terrain in El Segundo and onto Sepulveda Boulevard.

By 11:50 a.m., the driver pulled over the car. The driver and two others in the vehicle surrendered to officials near the intersection of East Sycamore Avenue and North Pacific Coast Highway. They were taken into custody without incident.