LONG BEACH (FOX 11) - It's been six weeks since the murders of a Long Beach mother, 26-year-old Carina Mancera, and her 4 year-old-daughter, Jennebel.

Investigators still don't have a suspect, but they do have a "person of interest" and released video on Monday showing the man.

The video is very clear, as is the image of the man, with whom they want to speak. Investigators describe him as being of medium height, having facial hair, being in his 20s or 30s and weighing 220 to 250 pounds.

On August 6, Carina and her daughter were walking home from a grocery store. When they got to Locust Avenue and East 9th Street, both were shot and killed.

Lt. Lloyd Cox said the man in the video "is not a suspect at this time" but a "person of interest only." Cox added he could become a suspect depending on the investigation.

Long Beach Police Chief Robert Luna said there is no indication that it was gang related, but nothing is off the table. At the moment, there is no motive.

One video is from a convenience store and the other is from the Blue Line where the man got on at 5th and Long Beach Boulevard then exited at Washington and San Pedro Street.

On the train, Cox said he talked to people about "potentially looking to leave the state."

To Luna, this has been a tough case which has had detectives working 24/7.

"I can actually tell you that some were burning the candle at both ends," Lunda said. "The kind of murder this was, a mother and her 4 year old child, if that doesn't tug at your heart and make you want to work harder you shouldn't be in any of our jobs whether it's yours or mine." 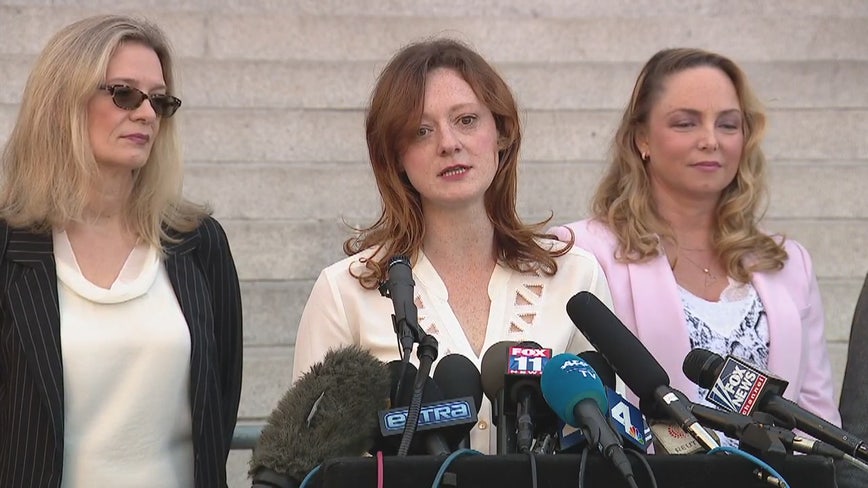