1 killed in motel fire in Sylmar

Firefighters found the victim while searching the property.

LOS ANGELES - A person was found dead inside their motel room Friday morning in Sylmar after a fire broke out at the property, fire officials said.

The fire was reported around 6:15 a.m. at the motel located near the intersection of North San Fernando Road and Bleeker Street.

Firefighters were able to knock down the flames in under 15 minutes. However, when searching the building, they found the victim who was pronounced dead at the scene. 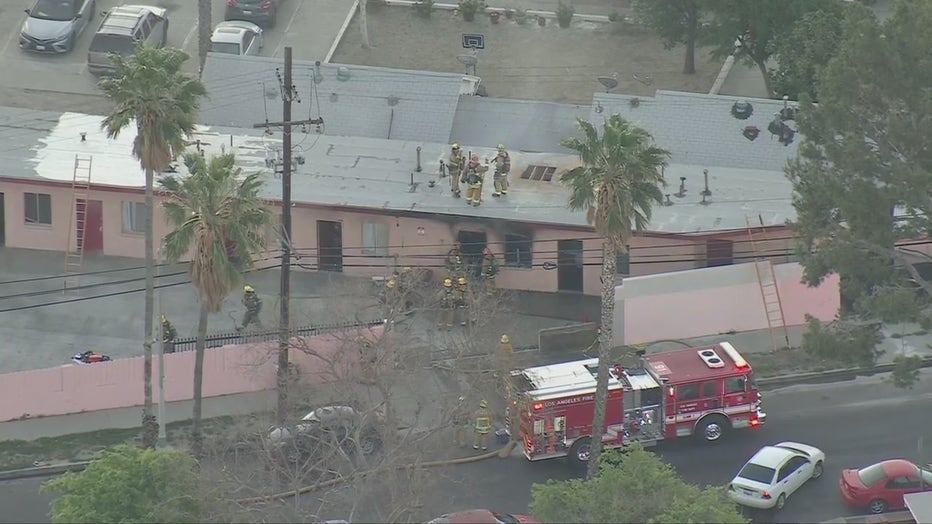 No further information was immediately available and the cause of the fire is under investigation.