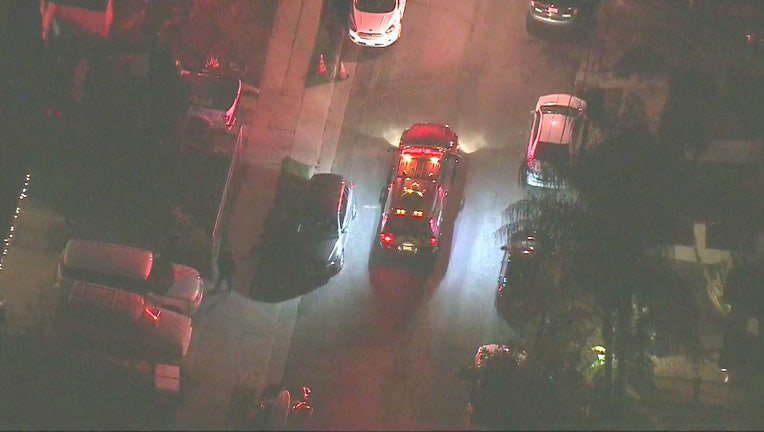 Officers responded to the 400 block of N. Lewis Street for a car versus pedestrian crash that occurred at about 4:30 p.m.

It's unknown if the victim died at the scene. The pedestrian's identity has not been released. The Los Angeles Fire Department described the victim as a 46-year-old woman.

The Mayor's Crisis Response Team has been notified and are responding to the incident.