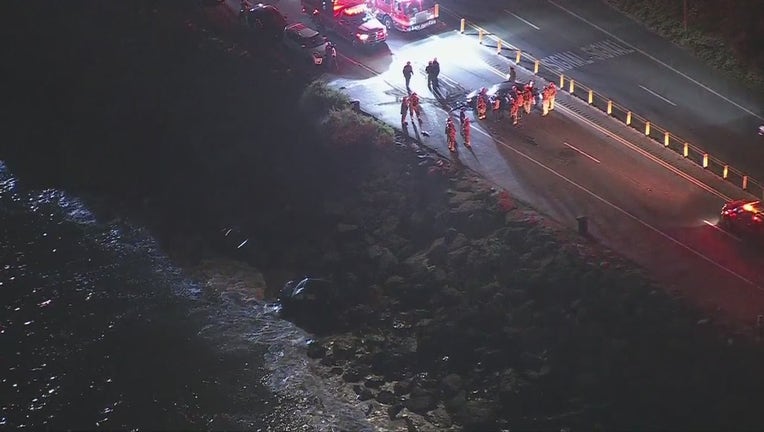 PACIFIC PALISADES, Calif. - Two people were arrested Thursday evening after a hit-and-run collision where one vehicle careened off the road and ended up at the bottom of a cliff in Pacific Palisades.

Officers from the Los Angeles Police Department were called at 9:55 p.m. to Sunset Boulevard and Pacific Coast Highway regarding the collision, said LAPD Officer Drake Madison. Officers found one vehicle crashed on the rocks near the bottom of the cliff and another on the side of the road.

SUGGESTED: 2 hurt when car flies off 105 Freeway in Norwalk

Madison said one vehicle was empty, "which we think indicates that the person who caused the accident fled the scene," he said. Police arrested two people at the scene and at least one was taken to a hospital.